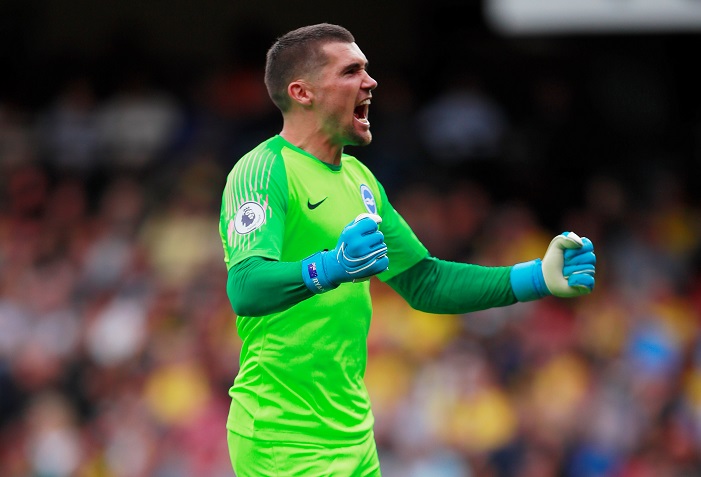 One of the problems facing Jose Mourinho, when football returns, is who will be the long-term solution to Spurs’ problems between the posts.

A glance at the 2019-2020 Premier League table shows Spurs have the joint-worst goals-against record (along with Burnley) of the top 11 teams – having conceded 40 goals in 29 matches.

Some people will point to Tottenham’s back-four issues as the main reasons behind the leaky backline, but they have not been helped by their goalkeeping options.

Despite his injury problems this term, Hugo Lloris remains the first choice, but the former Lyon man has kept just two clean sheets in the Premier League this season.

There have also been several high-profile mistakes made by the World Cup winner. In fact, stats show there is no current Premier League player who has made more errors leading to goals than Lloris, since he signed for Tottenham in 2012.

During the French international’s long-term absence with an elbow problem – from October to January – Paulo Gazzaniga stepped in to fill the void.

The Argentinian has featured in 18 Premier League games this term, keeping two clean sheets and conceding 26 goals – that works out an average of 1.4 goals per game.

When you consider those facts, it would support Mourinho’s case should he want to ask his board to help him find a shot-stopper that can bring some assurance to the Tottenham backline.

If Daniel Levy is willing and able to back his manager, then Spurs wouldn’t need to look any further than a Premier League option to find the perfect fit.

Brighton’s Mat Ryan is a keeper that somewhat goes under the radar, but his stats highlight just how good the Australian international has been, in what is Europe’s top league.

At just 28, Ryan could have at least another eight years at the top level and his lack of injury issues is another impressive indicator. Brighton have played 114 league games since returning to the top flight and Ryan has started 101 of those fixtures – keeping an average of seven clean sheets a season, in a team that is frequently stuck in the bottom half of the table.

Meanwhile, Opta figures show that Bayern Munich and Germany star Manuel Neuer leads the way in Europe’s top five leagues for passing sequences (49) that have led to his team having a shot on goal. That’s perhaps not a surprise when you consider his ‘sweeper keeper’ tag and his team’s domestic dominance.

What is a surprise though is to see Brighton’s number one in fourth with 39 passing sequences, even ahead of Manchester City’s much-praised goalkeeper Ederson.

There have been eight Australian keepers in the Premier League during the years – including the likes of Mark Bosnich and Mark Schwarzer – but Ryan looks to have the ability to become the best.