Leganes digging their heels in over Braithwaite’s Barcelona move 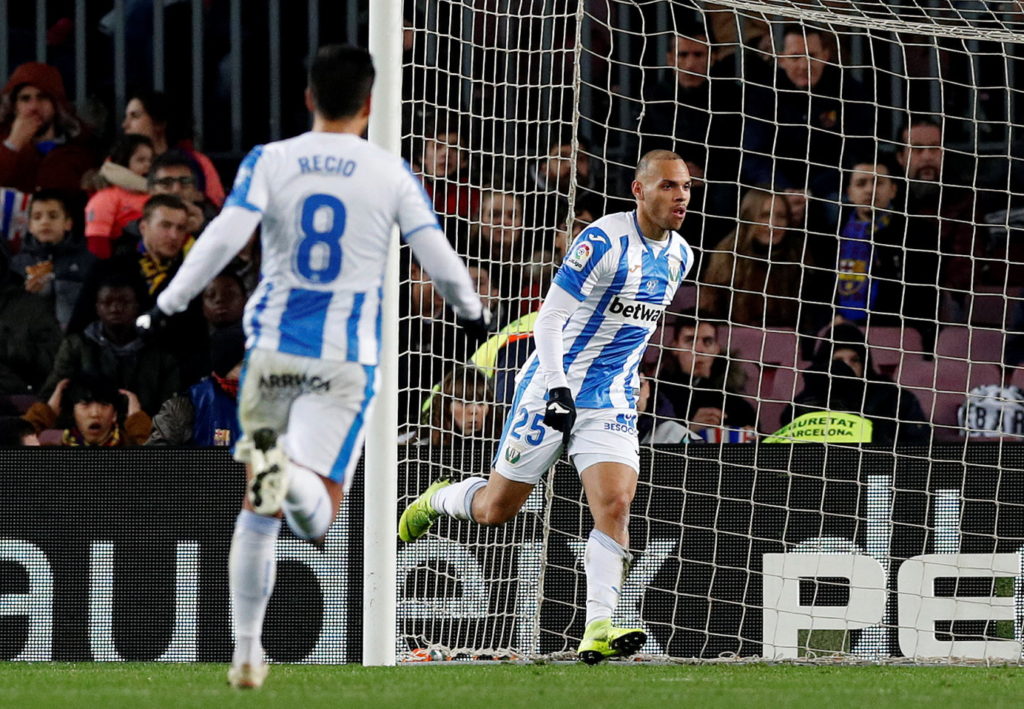 Leganes plan to ask La Liga if they can sign a replacement should Martin Braithwaite complete his emergency transfer to Barcelona.

Barcelona have been granted special dispensation to sign a new striker outside of the transfer window due to the long-term injuries picked up by Luis Suarez and Ousmane Dembele.

There are stipulations to any transfer that does take place and Barcelona can only sign a player from another top-flight club in Spain, while he will only be allowed to play in domestic matches.

A number of players have been linked with making a move to the Camp Nou, including Real Sociedad forward Willian Jose and Angel Rodriguez, who has been part of Getafe’s rise to third in the current standings, but it appears Barcelona have plumped for Leganes ace Braithwaite.

The Blaugrana have reportedly agreed to pay the Denmark international’s £15million release clause and it appears Leganes are facing a losing battle in their attempts to keep hold of the man they only signed on a permanent basis from Middlesbrough last summer.

That has prompted the La Liga strugglers to ask for special dispensation of their own to sign a new striker.

As it stands, Los Pepineros will only be allowed to bring in a new forward if they suffer a long-term injury of their own. However, they feel that being forced into selling Braithwaite should be seen in a similar way.

Leganes currently sit second-bottom of the La Liga standings, two points adrift of safety, and losing their leading scorer would dent their hopes of preserving their top-flight status.