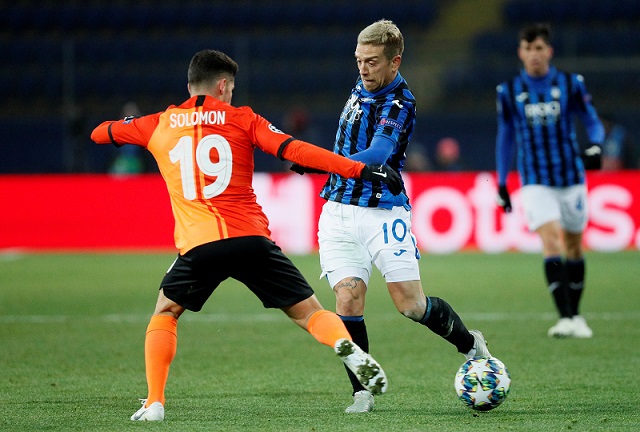 Atalanta captain Alejandro Gomez says he can dare to dream about winning the Scudetto this season after a fine run of form.

Gomez has seen his side go unbeaten in their last five Serie A outings and finishing off teams in ruthless fashion.

Having put seven goals past Torino in the road at the end of January, Atalanta have gone on to draw one and win their following three matches.

The likes of Fiorentina, Roma and Lecce have all fallen to them, with the latter Lecce being on the end of a 7-2 thrashing.

While Atalanta are also into the quarter-finals of the Champions League for the very first time in their history, Gomez has no issue about dreaming big with what his side can achieve this season.

“Linda [Gomez’s wife] always tells me that she wants to win the Scudetto and the Champions League,” he told Cronache di Spogliatoio on Instagram. “She is very ambitious. She said: ‘I still don’t understand why you are not fighting for the Scudetto’.

“I reply: ‘Calm down, we are Atalanta’. Like President [Antonio] Percassi, who asks for salvation every year.

“Probably, if we didn’t lose some stupid points along the way, we could have five or six points more and be closer to the Scudetto. There are still 12 or 13 games left. And with everything we are achieving, it wouldn’t be crazy to think about the Scudetto.”

🔙 One week ago: the Josip #Iličić #UCL Show!

Atalanta are hoping for a return to Serie A action soon and their next scheduled game is away at Cagliari on April 4.