Chelsea close on transfer for Ziyech 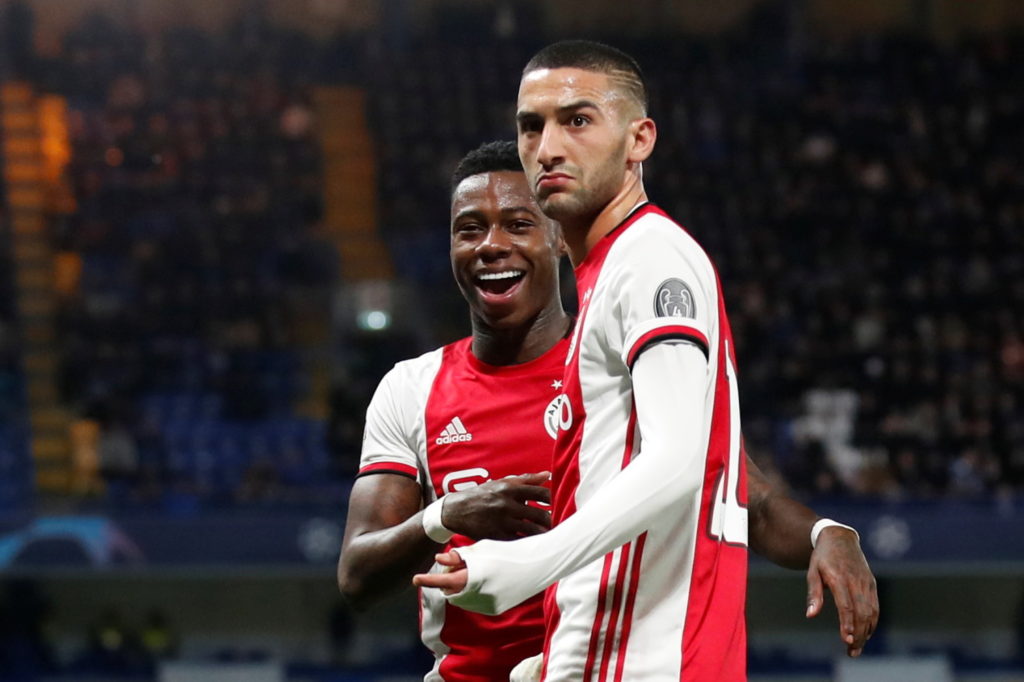 Chelsea reportedly have a deal in place to sign playmaker Hakim Ziyech from Ajax in the summer transfer window.

Ziyech has wowed crowds around Europe over the last three seasons, helping the Dutch champions reach the 2017 Europa League final, and starring in their run to the semi-finals of last term’s Champions League.

The Morocco international has been arguably his club’s best player since signing from Twente in 2016 but has ignored the advances of a number of sides around the continent.

A switch to Italy with AS Roma in 2018 fell through due to the Giallorossi’s inability to meet his demands, while he decided against joining Sevilla last summer as he thought it would be a sideways move due to Ajax’s excellence under Erik ten Hag.

Hakim Ziyech could be on his way to Chelsea this summer, according to reports in the Netherlands.

Tottenham were previously linked with bringing the 26-year-old to the Premier League but Chelsea look to be closing on the deal.

While the likes of Davinson Sanchez, Frenkie de Jong and Matthijs de Ligt have moved on, Ziyech has waited patiently for his dream move and looks to have got it.

De Telegraaf are reporting that advanced talks have taken place with the Blues and a fee of 45m euros is said to have been agreed, although there is no confirmation over personal terms.

Chelsea boss Frank Lampard was unable to sign players during his first window in charge over the summer due to a transfer ban and was left frustrated by the club’s inactivity in January.

Lampard’s demands for reinforcements look to have been agreed to by the club and an announcement could be made by the end of the week.

The Englishman has first-hand experience of how good Ziyech is, after seeing the Dronten-born star provide a pair of assists in November’s remarkable 4-4 Champions League draw at Stamford Bridge.

Both CEO Edwin van der Sar and director of football Marc Overmars have said they would find it difficult to keep the squad together next summer when quizzed before Christmas and Ziyech now looks to be heading to SW6.