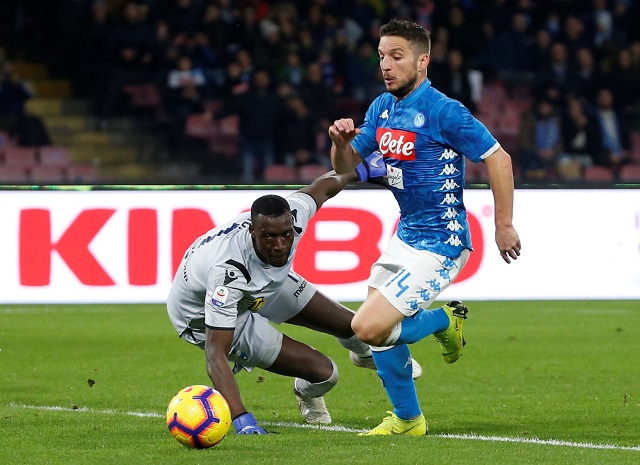 Relegation-threatened Dijon have confirmed they will be without goalkeeper Alfred Gomis for up to three months due to a knee injury.

Senegal international Gomis, who was in goal for his country in the 2019 Africa Cup of Nations final loss to Algeria, suffered the knee problem when colliding with Nantes forward Moses Simon in Saturday’s 3-3 Ligue 1 draw.

The 26-year-old shot-stopper was replaced by Runar Alex Runarsson, who conceded an equaliser in the 92nd minute, and tests have now confirmed the number one is facing a spell on the sidelines.

Gomis, who only joined the French side from SPAL in August last year, is set to miss the next eight-to-12 weeks of action and his absence in between the sticks will be a huge miss for the struggling club.

“The MRI confirmed the initial diagnosis – it is indeed a rupture of the posterior cruciate ligament of the right knee,” the club said in a statement.

“This injury should not require surgery. The Senegalese goalkeeper should be unavailable for a period of two to three months.”

Dijon are currently sitting 17th in the table, one point above the relegation play-off position, but they do have a welcome distraction from the league on Wednesday evening.

Stephane Jobard’s men play host to Paris Saint-Germain, who are a massive 12 points clear in Ligue 1, in the quarter-final of the Coupe de France.

Dijon return to league action on Saturday when they make the trip to Bordeaux, who are eighth in the standings and six points off a European place.