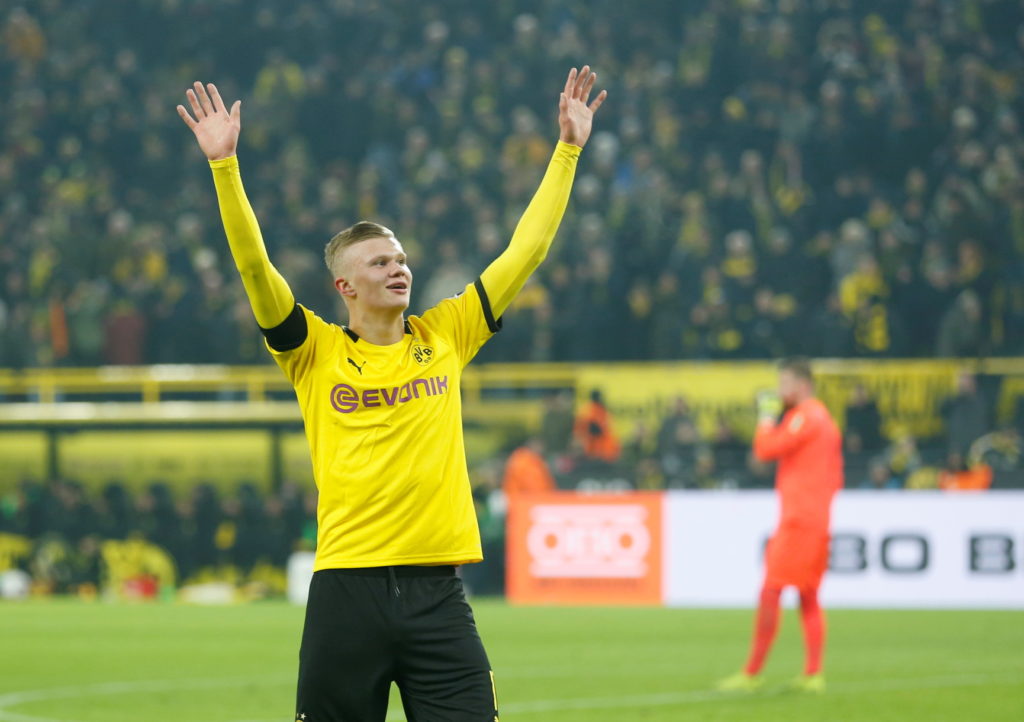 The striker has scored five goals in his first two appearances for BVB following his recent move from RB Salzburg, living up to the hype after being linked with a whole host of top European clubs before choosing to join the Bundesliga giants.

Incredibly, the 19-year-old has scored all his goals so far after coming off the bench, following up his 34-minute hat-trick in the win over Augsburg on Saturday by then hitting two in Friday’s 5-1 demolition of Cologne.

So Haaland has five goals from just 59 minutes of action on the pitch and Burki admits the teenager has “everything” Dortmund need in a striker.

The keeper joked that after his treble was only followed up by a brace, Haaland is actually getting worse before hailing his brilliant early contribution.

He said on the club’s website: “I just think it’s a shame that Erling is already waning. Three goals in Augsburg, today only two. I hope he doesn’t just score a goal next week. No joking aside, he’s a great boy. He works a lot, trains hard and has everything we need.”

Meanwwhile, boss Lucien Favre praised what he felt was a “deserved” victory as Dortmund moved third in the table, level on points with Bayern Munich in second and four behind leaders RB Leipzig.

He said: “I am very satisfied. We were actually able to score more goals, we had many great opportunities. In the end, the three points are important, it was totally deserved.”