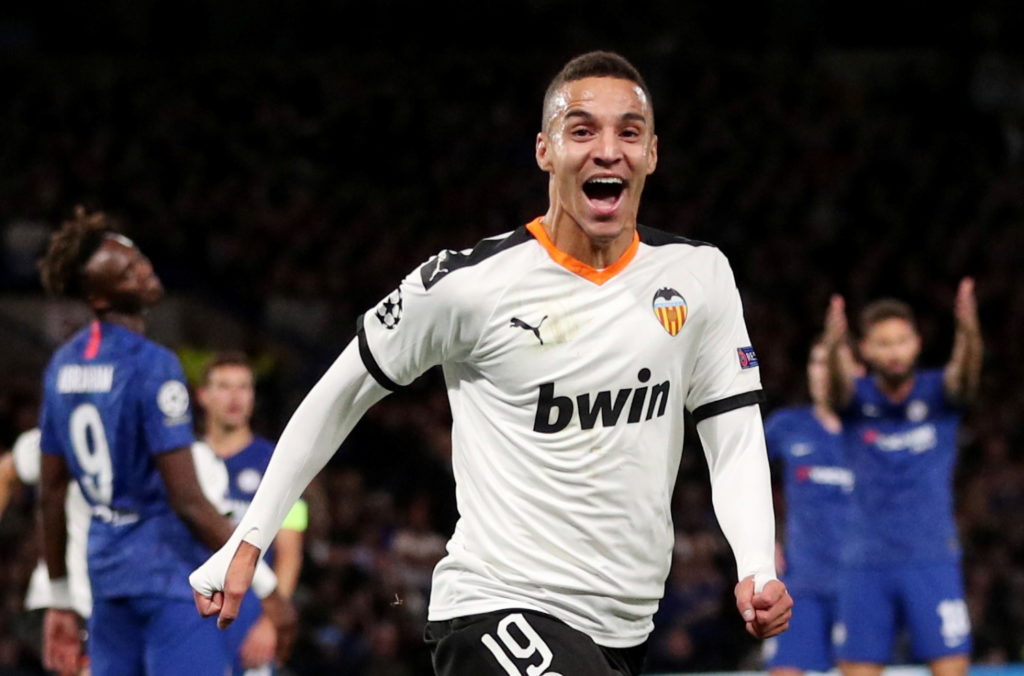 Barcelona have reportedly taken a step towards snapping up Valencia striker Rodrigo before the transfer window shuts on Friday.

A new striker is understood to be a top priority for new Barcelona manager Quique Setien and Valencia hitman Rodrigo is the leading candidate.

Luis Suarez is currently sidelined after Barcelona confirmed the Uruguayan had undergone an operation to treat an injury to the lateral meniscus in his right knee.

He is expected to be out for around four months and could struggle to make another appearance in the 2019-20 campaign.

Setien wants cover for Suarez and is also thinking about a long-term successor for the 33-year-old.

Reports in Spain claim that Barcelona have already set the wheels in motion to try and bring Rodrigo to the Nou Camp this month.

The 28-year-old has netted 56 goals in 208 appearances for Valencia following his move from Benfica in 2015.

The report states that Barcelona, who spent big money when signing Antoine Griezmann last summer, are hoping to sign Rodrigo on loan before making the switch permanent at the end of the season.

Valencia are thought to be open to doing a deal on those terms but the two clubs are yet to agree on the fee to be included in the obligation-to-buy clause.

Los Che want £50million for the 21-cap Spain international but Barcelona feel that is far too high and are hoping to negotiate a better deal over the coming days.