Bayern Munich enter race for Can after Dortmund-Juventus talks stall 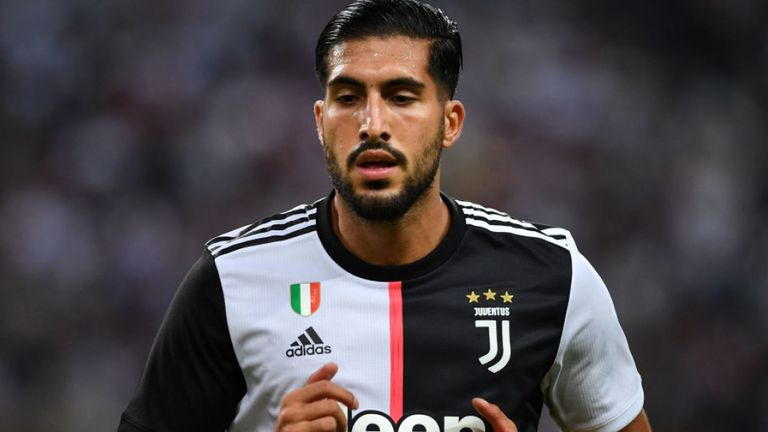 Bayern Munich have entered the race to sign Emre Can from Juventus after Bundesliga rivals Borussia Dortmund reached an agreement with the player to join them.

Can wants to return to Germany to bolster his chances of getting into Joachim Low’s Euro 2020 squad and Dortmund still appear to be in pole position to add him to their title-chasing squad.

But Bayern have now made a late entry into the situation, according to La Gazzetta dello Sport.

The German champions have always coveted Can, who played for Bayern’s youth teams before quitting to get senior game-time in 2013 because he couldn’t get past the likes of Bastian Schweinsteiger, Luiz Gustavo and Javi Martínez to earn regular football.

Competition for midfield spots at the Allianz Arena remains stiff and that could be why Dortmund still believe they have the upper hand in persuading Can to join them.

Sky Germany state that ‘everything still points to a transfer to Dortmund’.

Juventus are willing to sell Can for the right price – believed to be 30m euros – but Dortmund chief Michael Zorc has been unwilling to meet the Italian club’s demands so far.

BVB have agreed personal terms with Can, who has started just two Serie A games for Juventus this season, as the 26-year-old is understood to be willing to take a drop in wages to secure the move.

He reportedly earns £270,000 per week at Juventus, whom he joined on a free transfer upon the expiry of his four-year deal at Anfield in 2018.

The move looked a good one for him at the time, but he subsequently missed out on a trophy-laden spell for the Merseyside club who have since scooped up the Champions League, Uefa Super Cup and Fifa World Club Cup.

He was left out of Juve’s matchday squad for the league game against Napoli on Sunday evening as talks between Bianconeri officials and their German counterparts continue.