Dortmund planning swoop for wantaway Can 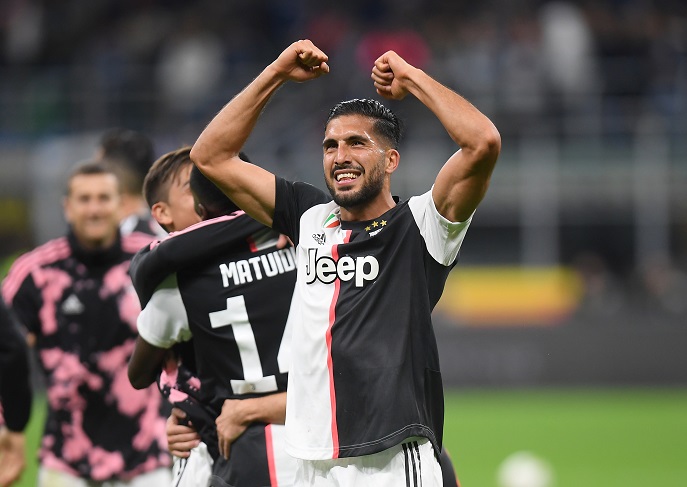 Borussia Dortmund are thought to be keen on making a move for out-of-favour Juventus midfielder Emre Can.

The Germany international has found himself way down the pecking order this season under Maurizio Sarri and was not even named in the Champions League squad at the beginning of the season.

Speculation over his future has been rife since and he has gone on to make only eight appearances in Serie A this season, with just two of them from the start.

Aaron Ramsey and Adrien Rabiot’s arrival mean Can is no more than a bit-part player and reports suggest Sarri will allow him to leave this month should a suitable offer come in.

Can, who can also play in defence and at right-back, has been strongly linked with a switch back to his homeland, with Dortmund a possible destination.

Lucien Favre’s side have made no formal offer so far for the 26-year-old but are understood to be readying a bid. The Serie A champions value him at around £21million and will only let him go if that amount is met.

Earlier this month, Juventus’ sporting director Fabio Paratici ruled out the possibility of selling Can but that stance appears to have changed somewhat.

He will be hopeful a deal can be agreed with his place in Germany’s squad for the upcoming European Championships under threat.

Can joined Juventus from Liverpool on a free transfer in the summer of 2018 but has failed to live up to expectations.

He ran his contract down at Anfield and impressed in his first campaign at the Allianz Stadium, playing 36 times across all competitions, scoring four goals.