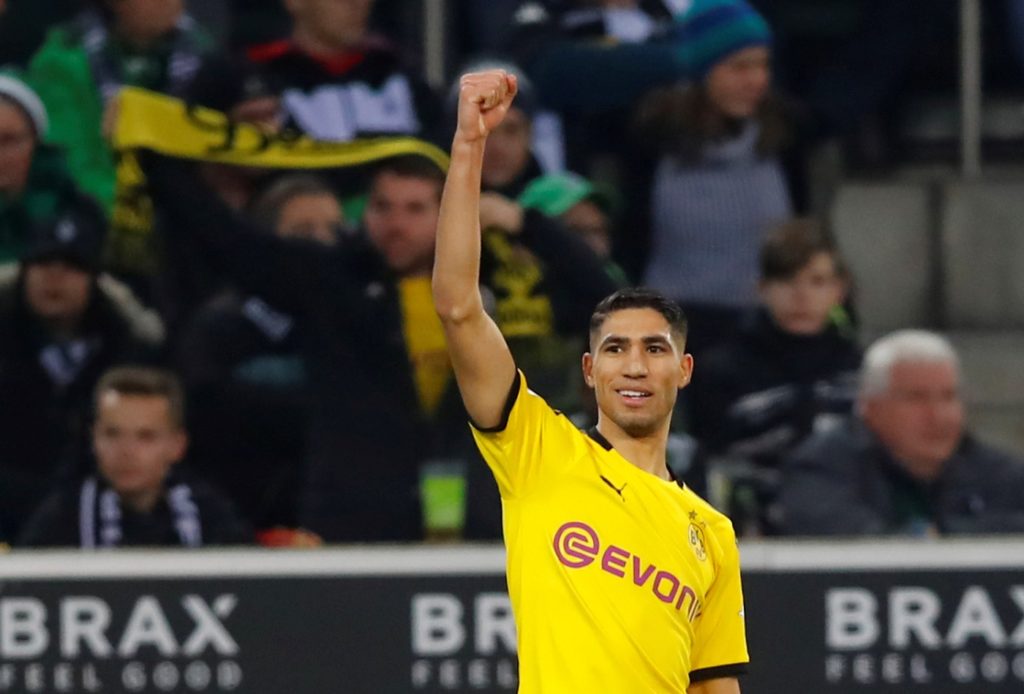 Borussia Dortmund loanee Achraf Hakimi admits he does not know where his future lies beyond the end of the season.

Morocco international Hakimi joined Dortmund on a two-year loan from Real Madrid during the summer of 2018 and he has played a starring role for Lucien Favre’s side, featuring 65 times across all competitions as both a winger and in his regular right-back position.

The 21-year-old has certainly been earning rave reviews during his time in Germany and speculation has gathered pace that he will be handed a chance to impress in Zinedine Zidane’s first team upon his return to Madrid.

However, Hakimi has now revealed that he has had no contact with Real since joining Dortmund and he is unsure whether he will be returning to the Spanish capital, joining BVB on a permanent basis or finding a new club altogether.

“I haven’t had any contact since leaving Real,” Hakimi told El Chiringuito. “I have not yet been told what will happen in the future. But I will stay calm, I have a loan with Dortmund until June.

“If I get a chance from Real after that, I will be very happy with it. If I don’t have that chance, I will go to another club to develop myself there.”

Hakimi has featured in the past for Real, making 16 appearances during the 2017-18 season across all competitions – a year that culminated in Los Blancos clinching Champions League glory for a record-extending 13th time.