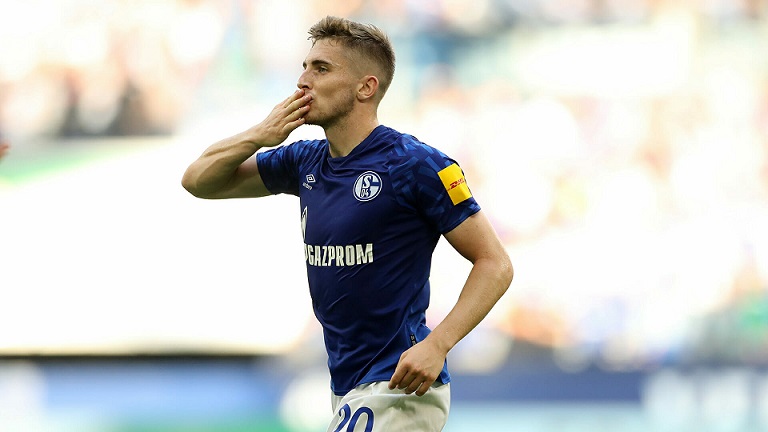 Defender Jonjoe Kenny is enjoying his time on loan with Schalke and has hinted that his long-term future might not lie with Everton.

The 22-year-old penned a season-long loan with the Bundesliga outfit last summer and has enjoyed 17 German top-flight starts for Die Konigsblauen and 19 appearances in all competitions.

Having signed professional terms with the Toffees in 2014, the former England Under-21 right-back had loan spells with Wigan Athletic and Oxford United while making his Premier League debut for Everton in May 2016.

Unable to secure regular first-team action with the Goodison Park club, Kenny opted for another stint away and has blossomed in Gelsenkirchen under the guidance of former Huddersfield Town boss David Wagner.

Schalke have made it clear that they want Kenny to stay beyond the summer but there is no clause in his contract that states Everton are obliged to sell him to the German club.

It seems as though there may be some intense negotiations ahead and, speaking to Kicker, the Merseyside-born ace has made it clear that he has no intention of spending his time on the Everton bench.

“It was extremely good for me to come here. He believed in me even though I hadn’t played that many games before,” he said.

“We’re only in January now; there are still a lot of games to be played. I am not concentrating on what lies in the future; I just want to do my job well here. I don’t want to be a bench player; I want to play.”