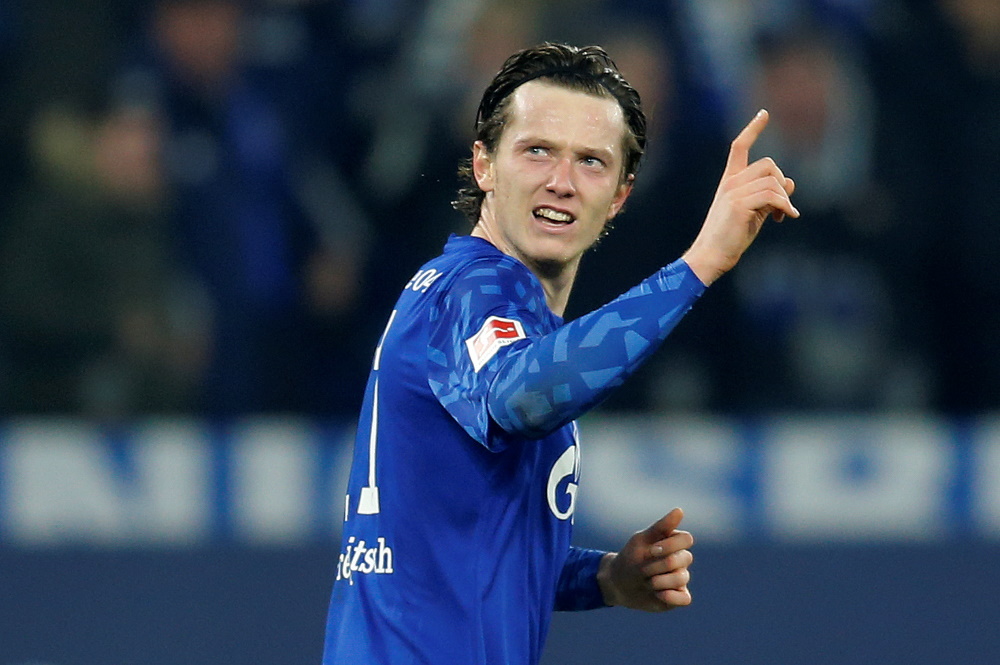 Michael Gregoritsch has revealed his delight after what he admitted was a dream debut for Schalke against Borussia Monchengladbach.

It was an eventful maiden appearance on Friday for the 25-year-old, who is currently on loan with the Royal Blues from fellow Bundesliga outfit FC Augsburg as he was involved in the majority of the games’ defining moments.

A goal, an assist and a goal-line clearance at the other end of the pitch from Gregoritsch helped Schalke to a 2-0 victory and earned him a standing ovation from the home fans on his debut.

“That’s how you dream your debut will go,” Gregoritsch said. “We won the game and I played my part in it. It’s a really, really good start for me.”

The Austrian squandered a great chance in the first half and the forward could joke after the full-time whistle that it was his intention, as he was eager to score instead in front of the home end.

“I wanted to score my first goal for Schalke in front of the Nordkurve; that’s why I saved it for the second half. I’d rather not say what was going through my head after I missed that chance.”

Gregoritsch will be hoping he can put in a similar performance on Saturday when Schalke head to the home of the defending Bundesliga champions Bayern Munich.

The Royal Blues, who are managed by former Huddersfield Town boss David Wagner, are currently in fifth place in the table with just three points between themselves and Bayern.