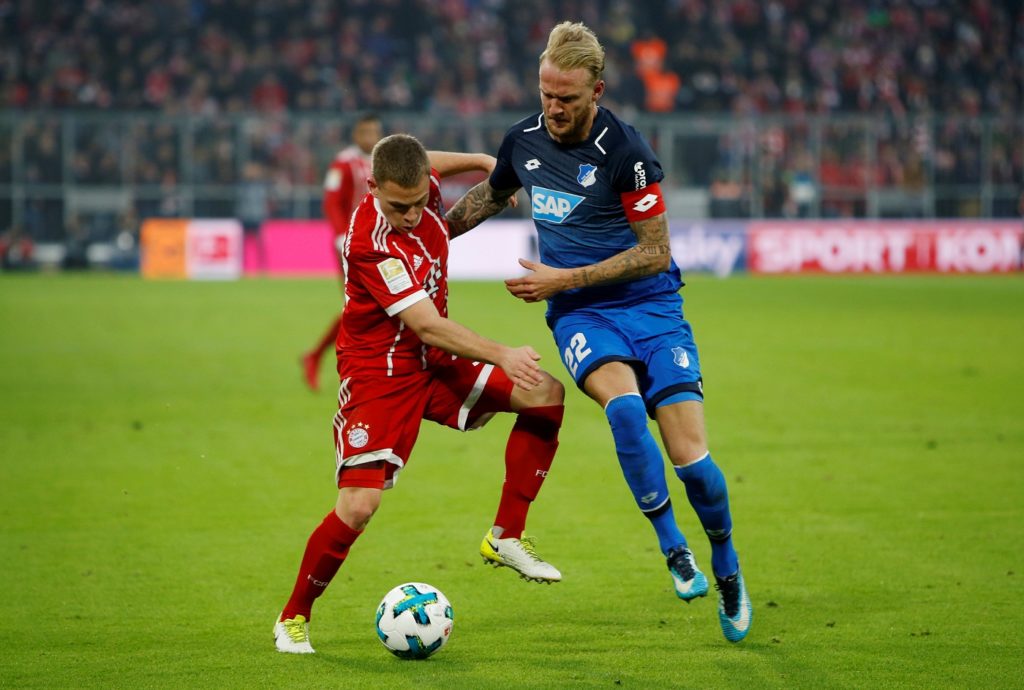 Werder Bremen have signed experienced defender Kevin Vogt on loan for the rest of the season from their Bundesliga rivals Hoffenheim.

Bremen are deep in a relegation battle after enduring a disastrous end to the first half of the season, as they lost their final four league games of 2019 and have only won once in the Bundesliga since the middle of September.

That poor run of form leaves Florian Kohfeldt’s side second-bottom of the standings and three points adrift of safety, but they have now moved to bolster their ranks during the winter break with the acquisition of former Hoffenheim captain Vogt.

Former German youth international Vogt had been a regular feature for Hoffenheim during his first three seasons at the club and he has managed 11 appearances over the first half of the current campaign, which makes his move to Bremen a little surprising.

The 28-year-old is looking forward to the challenge that awaits him at the Weserstadion, however, and he admits he was sold on the club due to the style of football Kohfeldt likes to play.

“Everything has happened really quickly over the last couple of days and now I’m just happy that I can play football here for the next few months,” Vogt told the Bremen website.

“My conversations with the coach convinced me that this was the right move. I like the way Florian thinks about football. I can really identify with his philosophy. I am ready to work hard and reap the rewards.”

Vogt could make his competitive debut for Bremen when they travel to the Merkur Spiel-Arena to take on fellow strugglers Fortuna Dusseldorf in their first match after the winter break on Saturday.