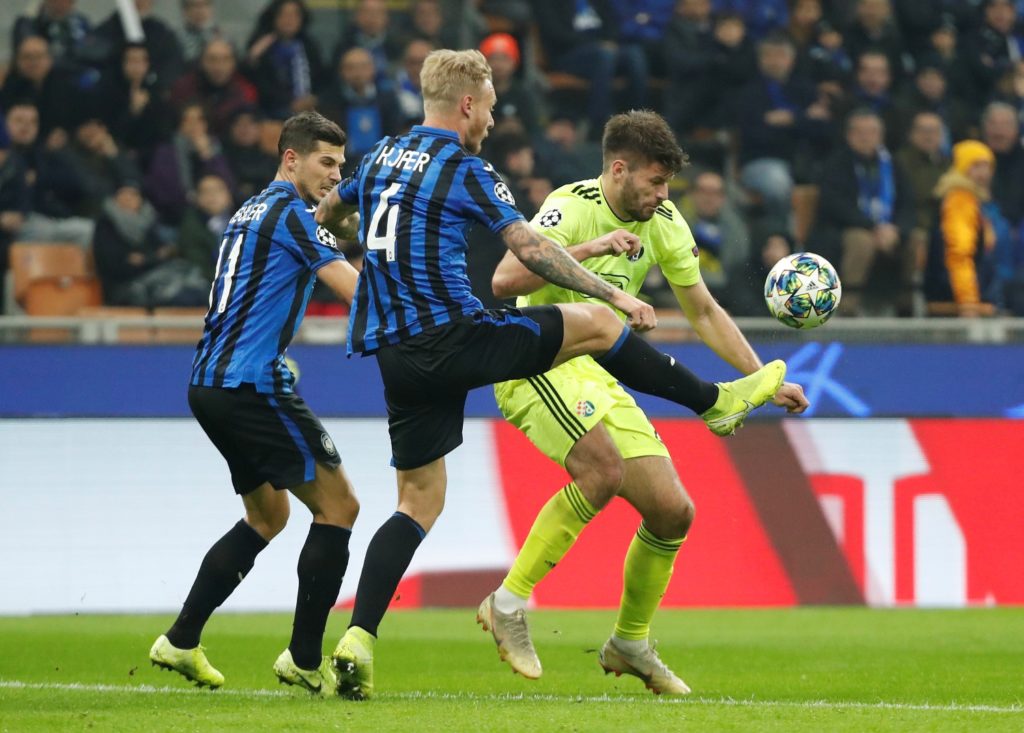 Sevilla defender Simon Kjaer will spend the second half of the season on loan with Milan after a deal was completed on Monday.

The 30-year-old has been on the Sevilla books since the summer of 2017 after joining from Fenerbahce but spent the first four months of the current campaign with Serie A side Atalanta.

However, he failed to nail down a regular place in the La Dea first team, making just five top-flight appearances, and returned to the La Liga outfit only to be loaned out again.

The Denmark international will hope to reignite his career at the San Siro and the Rossoneri issued a statement on their official website outlining the terms of the deal.

“AC Milan have reached an agreement with Sevilla FC for the acquisition of Simon Thorup Kjaer on a six-month loan until June 30, 2020, with an option to make the deal permanent,” it read.

It is thought Milan will have to part with around 5m euros if they want to sign him on a permanent deal.

Atalanta have taken Mattia Caldara back from Milan and so it seemed an obvious move to let Kjaer go in the opposite direction.

The former Lille man will look to slot into a Milan defence that has conceded just 24 Serie A goals from 19 games this term.

It is at the other end of the pitch that Il Diavolo struggle, however, with manager Stefano Pioli hoping the acquisition of veteran striker Zlatan Ibrahimovic will boost their goals tally.

Milan have bagged just 18 from 19 games and will need to rally from now until May if they are to stand any chance of playing European football next term.