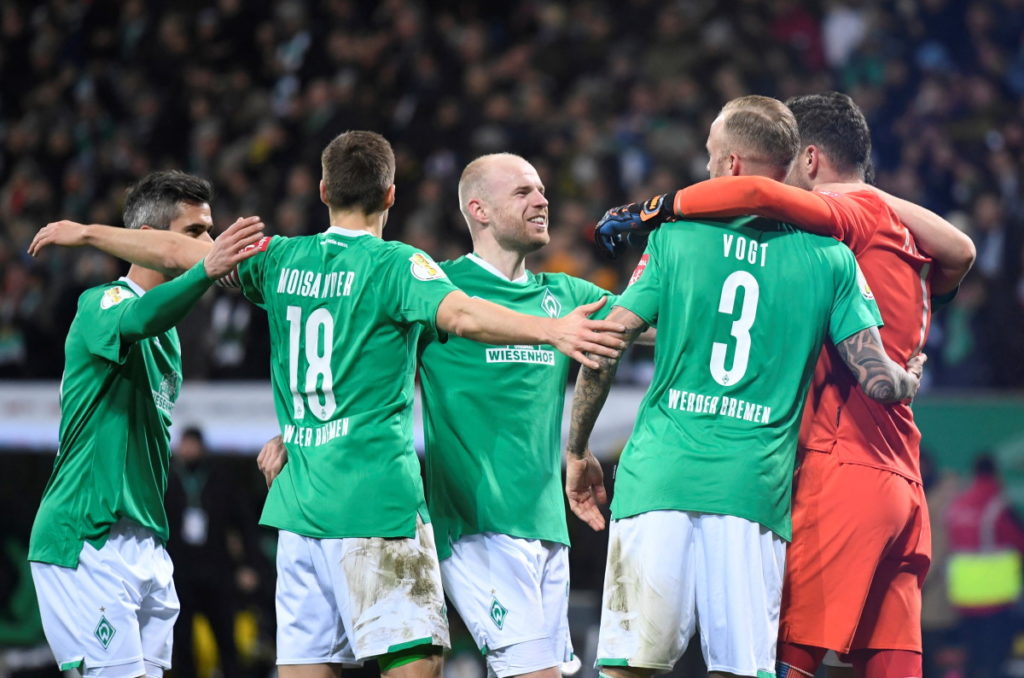 Werder Bremen defender Kevin Vogt faces a spell on the sidelines after suffering a knee injury in the defeat at RB Leipzig.

Bremen went down 3-0 to title challengers Leipzig on Saturday and Vogt was forced off just after the hour mark, with Omer Toprak replacing him.

The 28-year-old has avoided serious injury but an MRI scan has revealed a knee tendon problem and the defender will be absent for the next few weeks.

“The knee is thankfully stable, and the MRI scan showed no damage to any ligaments. Despite that, it’s still a very painful injury. The knee will still take time to recover, but we don’t think he’ll be out for more than a few weeks. He definitely won’t play against [Borussia] Dortmund or [Eintracht] Frankfurt though,” Werder head coach Florian Kohfeldt told the club website.

Werder face BVB next weekend and Frabkfurt on March 1 in the Bundesliga, and they then take on Die Adler again three days later in the DFB Pokal.

The cup clash is also likely to come too soon for Vogt but he could be able to make a return to action at Hertha Berlin on March 7.

Werder face a real battle to survive in the Bundesliga this term as they sit in 17th spot, one point above rock-bottom Paderborn and four adrift of safety.

The Weserstadion outfit did win their first match after the German winter break but have lost their four Bundesliga matches since, although they did manage to knock Dortmund out of the DFB Pokal.