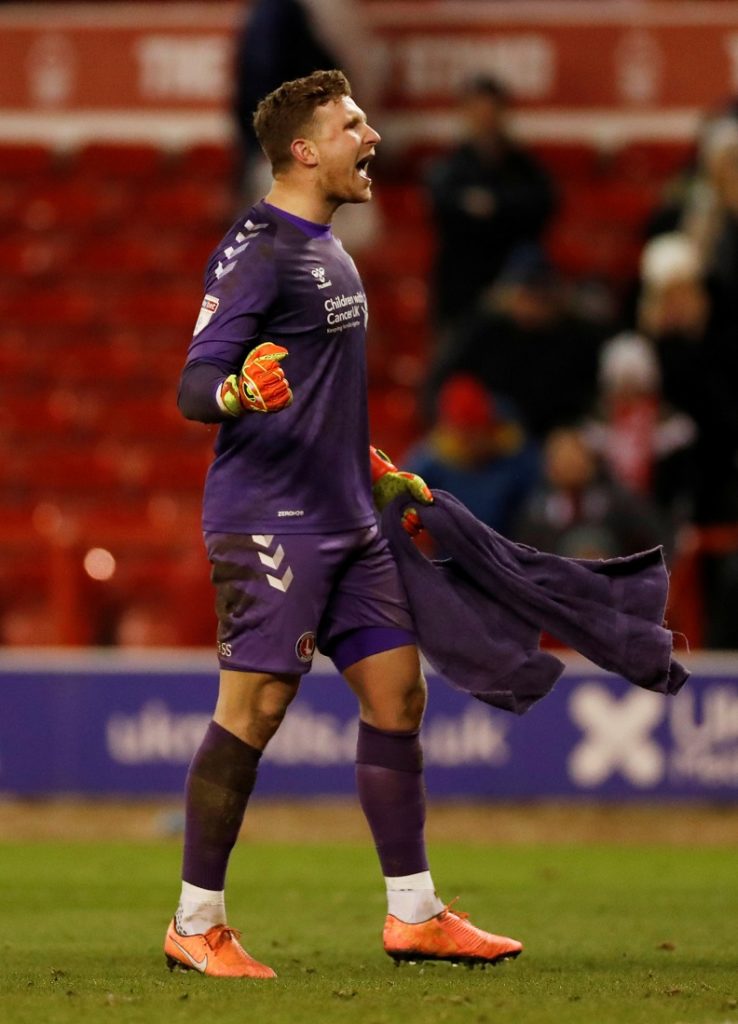 Charlton are said to have opened negotiations with goalkeeper Dillon Phillips about extending his stay at The Valley.

English stopper Phillips has come through the club’s academy, having joined the Addicks at eight-years-old, and he made his first-team debut in the 2016/17 campaign.

The 24-year-old, who spent time on loan at Whitehawk, Bishop’s Stortford and Cheltenham earlier in his career, established himself as Charlton’s first-choice goalkeeper last term, making a total of 35 appearances as the club achieved promotion back to the Championship.

Phillips has kept the gloves this term, featuring in every league match and keeping six clean sheets to help the club to 19th in the standings, six points clear of the relegation zone.

Along with those shutouts, the Hornchurch-born star has made the most saves out of any goalkeeper in the division, with an average of 3.4 per game, and there are said to be some Premier League clubs monitoring him.

Phillips’ current contract expires in the summer of 2021 and the Addicks, who are at home to Blackburn Rovers on Saturday, are desperate to get him tied down to a longer deal.

Charlton boss Lee Bowyer is also said to be working hard on getting Naby Sarr and Alfie Doughty, who have both impressed this season, to sign new long-term contracts at the club.

Phillips is expected to line up in goal on Saturday at home to Blackburn as the hosts look to build on Tuesday’s impressive 1-0 victory over promotion-chasing Nottingham Forest, who are sitting fifth in the table and are just two points behind second-placed Leeds United.