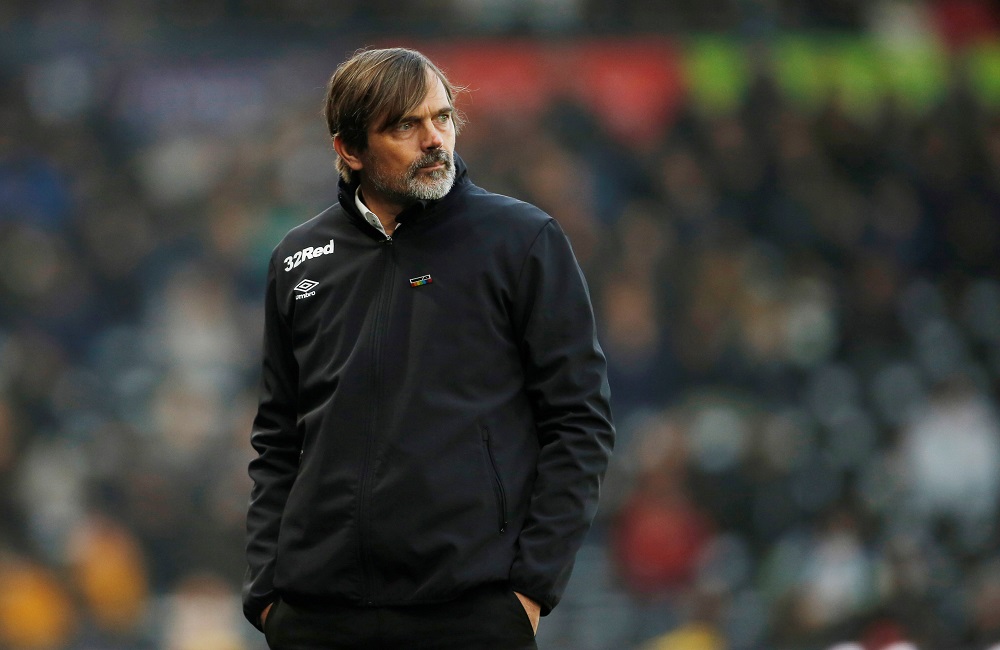 Derby County boss Phillip Cocu has urged the club's fans to stay with the team as they try to follow "their path" this season in the Championship.

The Rams had been hoping to challenge for promotion after reaching the Championship play-off final last season.

Cocu was handed the reigns after Frank Lampard’s departure but has had to battle relegation.

However, just one defeat in their last seven league matches has seen any talk of the drop disappear and Cocu says his team are doing all they can to achieve their objectives.

He told Derbyshire Live: “We just have to keep following our path in the idea of what we want to build.

“Sometimes it is difficult because players, managers and fans are always impatient like I am, but I try to stick to the path we set out in the long-term target, especially towards next season.

“Of course we are building towards the future but we cannot do everything we want at the moment.

“I can just assure everybody that behind the scenes the club, and myself, we do everything to get players in who will fit in the way we work and who can give us something extra.”

Derby showed signs of their true potential on Friday night when they beat Stoke City 4-0 at Pride Park.

They face a difficult test on Saturday as they travel to the Liberty Stadium to face Swansea City, while Bristol City will also welcome them next midweek.