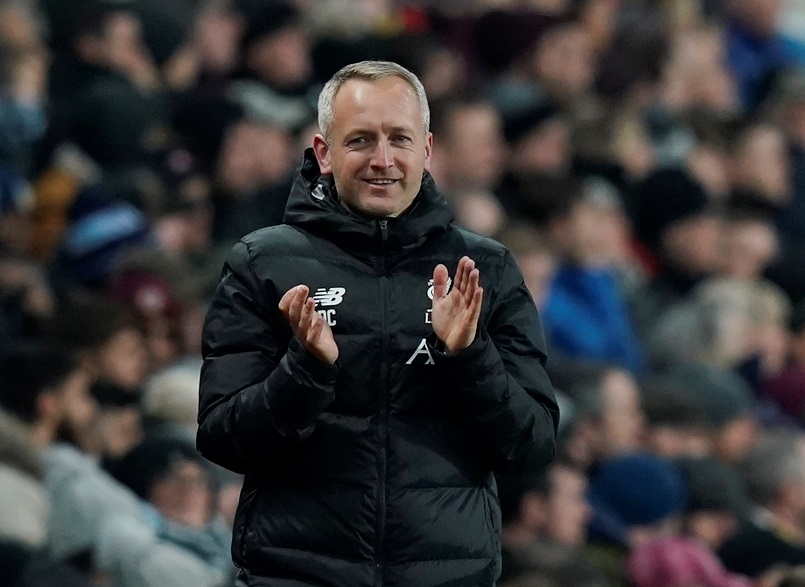 Neil Critchley says he is looking forward to leading Liverpool for the second time this season in Tuesday's FA Cup fourth-round replay against Shrewsbury Town.

Critchley, who oversees Liverpool’s Under-23 side, has been promoted to the senior position for Tuesday’s encounter as Jurgen Klopp and his senior players are on the scheduled winter break in the Premier League.

The German tactician, who looks certain to deliver a first PL title for the Reds given they are 22 points clear of defending champions and second-placed Manchester City, confirmed that none of his senior squad would be available for selection, leaving it to the youngsters to deliver.

Liverpool did exactly that earlier in the season when they had a EFL Cup quarter-final with Aston Villa that clashed with the club’s FIFA Club World Cup meetings against Monterrey and Flamengo.

Critchley and his youngsters were fielded in the UK competition and they were on the receiving end of a 5-0 thumping by the Villans, while the senior players were used for the Club World Cup and ended up lifting the trophy.

The 41-year-old steps into Klopp’s shoes again on Tuesday evening and the Englishman is hoping his side can put on a better showing against Shrewsbury, who came from 2-0 down in the original fixture to force a replay.

“Incredible, really,” Critchley said at his press conference. “I never thought it would happen once, let alone twice. I’m obviously really looking forward to what hopefully will be a special night.

“The young players are going to get quite a unique opportunity and hopefully they go and play, in many ways, how we played against Aston Villa [in the Carabao Cup]; in a similar way but hopefully we can make more of a game of it.”

The winner of Tuesday’s clash at Anfield will head into the fifth round of the FA Cup, where a trip to Stamford Bridge to take on Chelsea awaits.