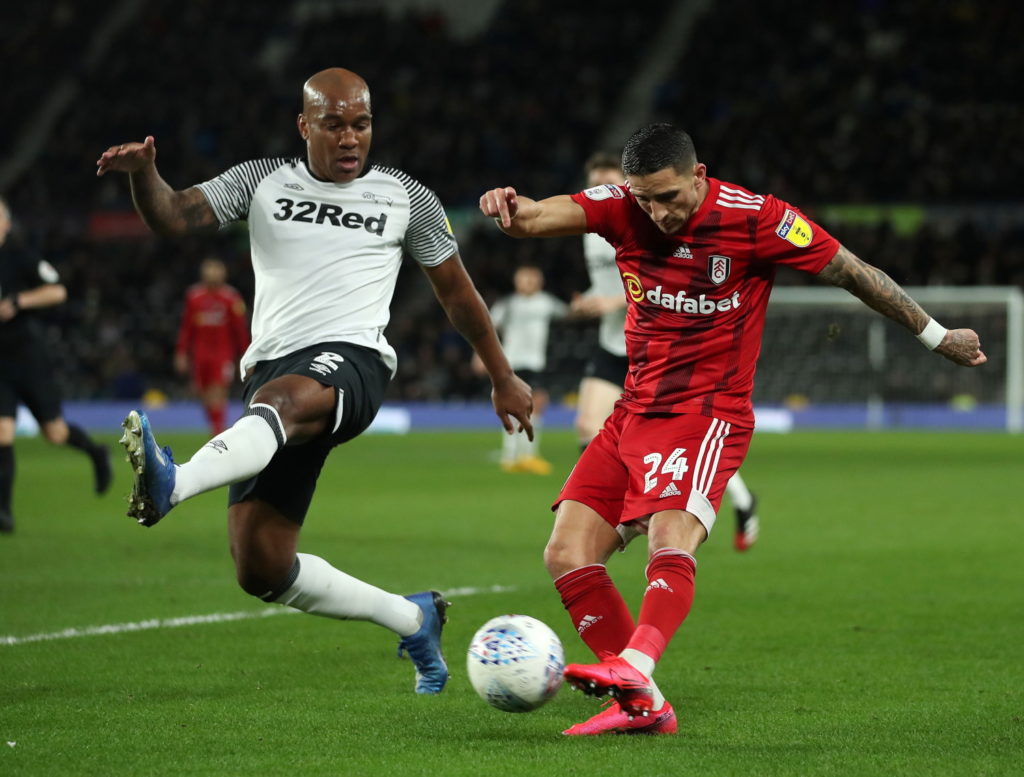 Andre Wisdom's development this season has been "very positive" for Derby, according to Rams boss Phillip Cocu.

Wisdom spent the opening part of the season on the sidelines due to a knee injury, but quickly established himself back in the team on his return in November after a false start the previous month.

Despite spending much of his career at right-back, the Yorkshireman has excelled in his more natural position of central defence.

His performances have been so good that Cocu handed him the captain’s armband for Sunday’s 3-0 win over Blackburn following the decision to rest Wayne Rooney.

The Rams sit 12th in the Championship standings and, despite an inconsistent campaign where they perhaps suffered from a hangover from losing last season’s play-off final, they are now just five points adrift of the top six.

Derby’s mixed start coincided with Wisdom’s absence but both he and his team look to be coming good at just the right time.

Cocu admits he has been impressed by the 26-year-old who has become an “important player” for the club.

“For Andre, it was the first time being captain [against Blackburn] and I think he has developed himself in a very positive way through the season,” Cocu said.

“He sees the game well, leads the other players and always has contact with team-mates and the back four.

“He understands how we want to play, the intensity we train and play at, and he has become an important player for the team.”

Derby are next in action on Saturday when they meet a familiar face in former boss Gary Rowett and his Millwall team.