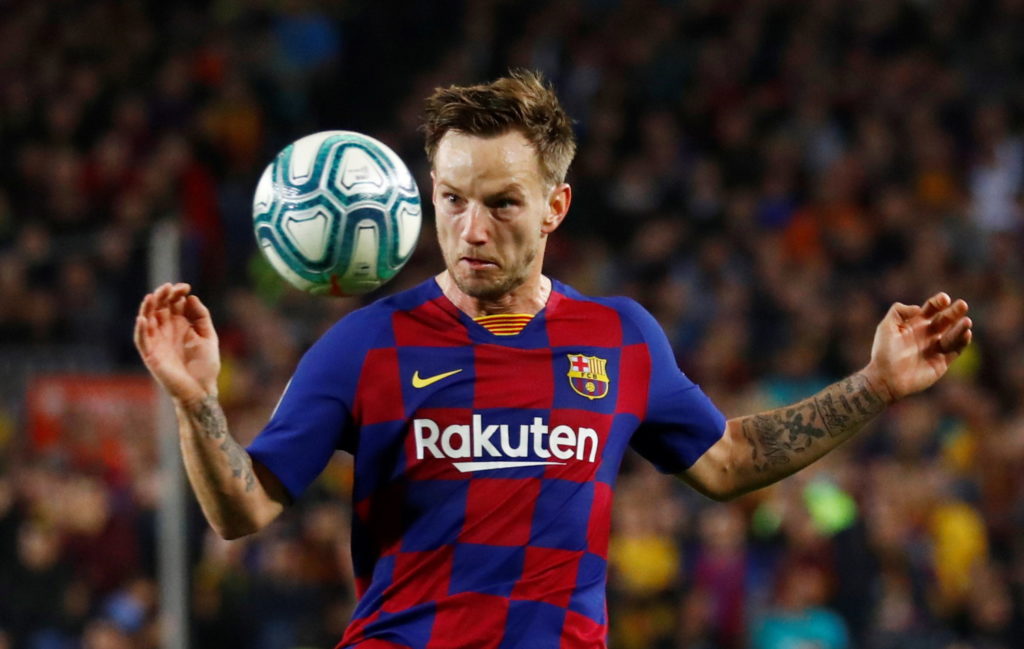 Reports in Catalonia suggest that Barcelona and Juventus have held talks regarding a swap deal involving Ivan Rakitic and Douglas Costa.

Rakitic has been at the Nou Camp since signing from Sevilla in 2014, helping the club win the La Liga, Copa Del Rey and Champions League treble after taking over from Xavi in midfield during his first season.

Since then he has also played a vital role in the club winning three more league titles and a further trio of Copa crowns.

However, his influence has started to wane in recent seasons, with Arthur’s arrival overshadowing him and the Brazilian and fellow new signing Frenkie De Jong becoming Sergio Busquets’ partners in midfield.

Rakitic has inevitably been linked with a move away and Italy has been mooted as a destination, with Inter Milan thought to have been keen last summer, while staying in Spain with Atletico Madrid has also been mentioned.

Juventus are now reportedly keen and would be open to entertaining a possible exchange involving Costa.

The 29-year-old is another player who has seen his opportunities become increasingly sparse in recent months, with Maurizio Sarri preferring Juan Cuadrado, Gonzalo Higuain and Paulo Dybala alongside Cristiano Ronaldo in attack.

Having previously played in Ukraine and Germany, as well as Italy, a move to Spain could be in the offing and Barca are believed to be looking for attacking reinforcements and see him as someone who fits their style.

Ousmane Dembele’s injuries and lack of consistency have led the board to explore fresh options, especially with summer signing Antoine Griezmann failing to ignite since joining from Atletico Madrid.

Spanish outlet TV2 says a deal is close and that the pair will trade places at the end of the campaign.