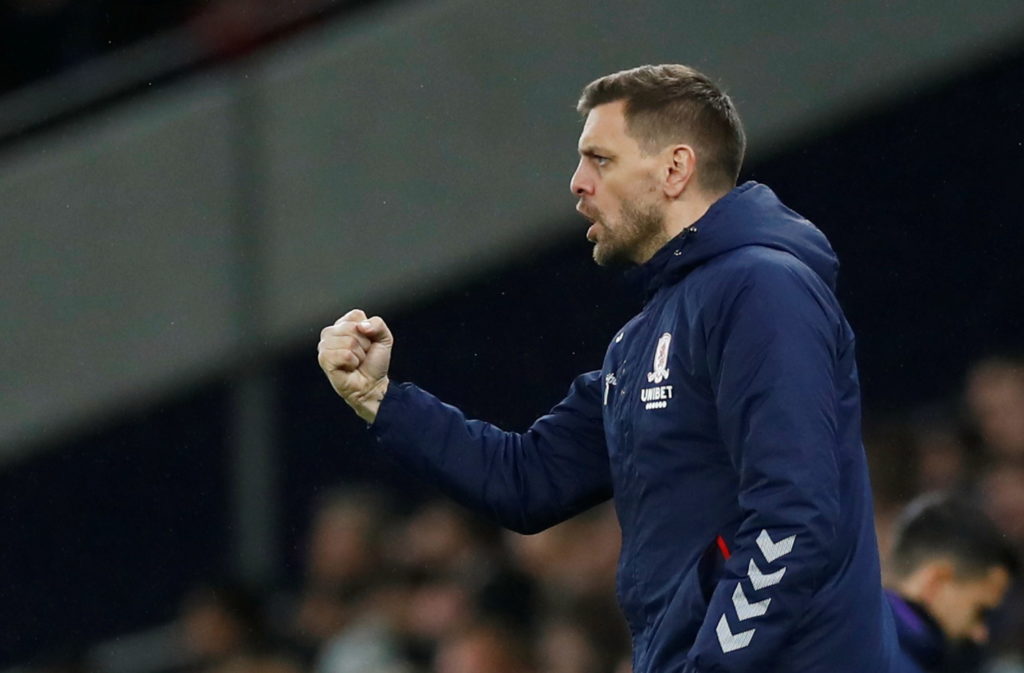 Jonathan Woodgate has vowed to keep fighting as the pressure mounts on the Middlesbrough boss.

Wednesday’s 1-0 defeat at home to promotion hopefuls Leeds was their third loss in succession and leaves Boro without a victory since January 1.

It’s 11 games across all competitions since Boro fans last saw their team pick up a win and they are now in serious relegation danger.

The Teessiders sit 21st in the Championship and only goal difference is keeping them above the relegation zone.

Jonathan Woodgate’s side are now level on points with Wigan in 22nd.

In the dogfight 👀#Boro pic.twitter.com/iP3Xtse9p6

Calls have been growing in recent weeks for the board to act before it is too late as Boro face the prospect of ending up in the third tier of English football.

However, Woodgate, who made 113 appearances for the club across two stints, believes he is still the right man for the job.

The 40-year-old is refusing to turn his back on the club and has vowed to keep on “fighting right until the end”.

“There are 11 games to go and we need to get out of this situation, we’ve done it before when we were in the relegation zone and my players can do it again.”