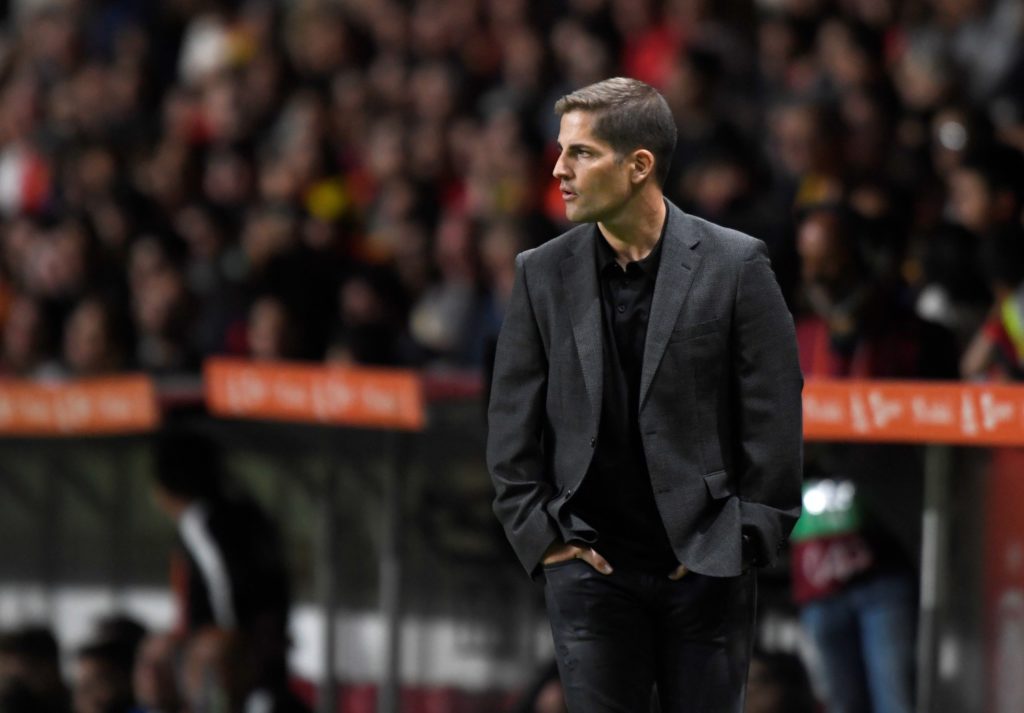 Monaco head coach Robert Moreno says it "doesn't make sense" to talk about Champions League qualification at this stage in the season.

Moreno replaced Leonardo Jardim at the Stade Louis II in December, a month after his acrimonious departure from the Spain coaching set-up.

The 42-year-old was handed a contract that will run until the end of the 2021-22 season and has certainly made a positive start to life in the principality.

Having inherited a team that was sat in seventh, someway adrift of third and qualification for the Champions League, Moreno’s men have closed the gap on the sides above them.

🗣 Robert Moreno: “It’s important to win (Saturday’s) match against Reims and to continue our unbeaten run. We’re going to try to play well as we did in our last games.”#ASMSDR pic.twitter.com/aS4T42Kmpd

With the Monegasques seemingly closing in on the top three, Moreno has been asked whether he thinks they could now snatch a qualification spot for next season’s Champions League.

The Spaniard claims he’s not thinking about Europe at this moment, believing it is far too early to discuss a top-three finish with 12 matches still to play.

Moreno told the Monaco website: “The more matches we win, the more we will climb the table. For me, talking about the goal of qualifying for the Champions League does not make sense since I cannot control what will happen in the long term.”

Moreno went on to praise the improvements Monaco have made since he took charge at the club, admitting they have worked hard on the defensive side of their game.

Monaco have conceded the third highest number of goals in Ligue 1 this season but Moreno says all the work on the training ground is paying off after keeping clean sheets in two of their last four matches.

“The team has changed since I joined the club. I am content with our evolution. We have worked on the defensive side of things in particular and we can see it today,” he added.