Diakhaby keen to fire Forest back into Premier League 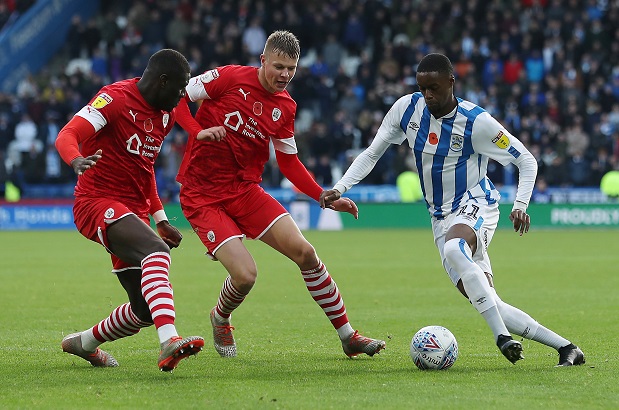 New Nottingham Forest signing Adama Diakhaby has set his sights on helping the club win promotion after joining on loan.

The Frenchman completed a switch from Huddersfield Town on Tuesday morning in what is Sabri Lamouchi’s first signing of the January transfer window.

Winger Diakhaby joined the Terriers in July 2018 from Monaco for an undisclosed fee, signing a three-year deal.

He went on to make just 13 appearances across all competitions for Huddersfield in his first season as they were relegated from the Premier League.

This season, he played 18 times for the West Yorkshire outfit but has not featured at all since November 30.

Formerly a French youth international at under-21 level, Diakhaby will now compete with the likes of Joe Lolley, Albert Adomah, and Sammy Ameobi for a place in the side at the City Ground.

Speaking after completing the move, the 23-year-old says he is excited to join Forest and wants to help them gain promotion after a 21-year absence from the top-flight.

He said: “I feel very good and very confident, I am happy to sign for Nottingham Forest. The coach called me and I am very excited to show how I can play for this club and hopefully we can go up to the Premier League.

“The coach said that he wanted me to come and play for him, for this club. He told me about the team spirit in the dressing room, that it was very good and all of my teammates are focused and happy. That is the reason why I came.”

Diakhaby could go into the squad for Forest’s home match against Reading on Wednesday night as they attempt to move up to third in the Championship table.

It has been a busy day for the Tricky Trees after left-back Jack Robinson departed for Sheffield United.