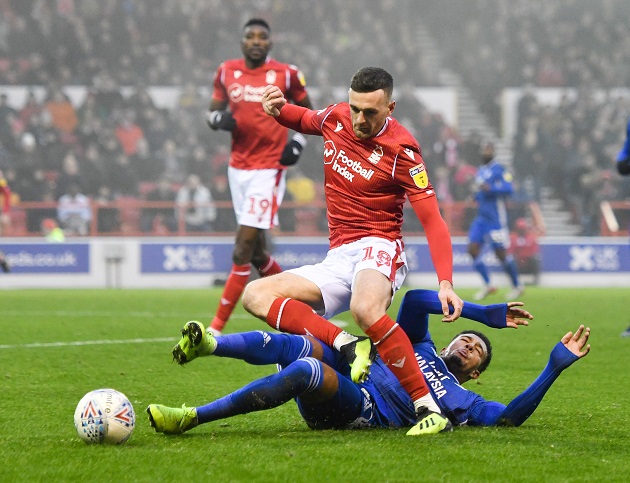 Sheffield United have made their second signing of the January transfer window after bringing in Jack Robinson from Nottingham Forest.

The left-back, who played 59 times for the Championship club in an 18-month spell at the City Ground, has signed a two-and-a-half-year contract at Bramall Lane.

Seventh place United, who have defied expectations this season on their return to the Premier League, have paid an undisclosed fee to Forest for their new player.

Robinson will battle with first-choice left-back Enda Stevens for the shirt while he is also comfortable playing as a left-sided centre-back.

He is the second new arrival in South Yorkshire this month after free agent Jack Rodwell penned a short-term deal.

The 26-year-old has not played for Forest since New Year’s Day and lost his place in the starting line up after their 4-0 home humbling against Sheffield Wednesday on December 14.

However, despite his likely rustiness, Blades boss Chris Wilder is in no doubt about the quality of his new signing.

Another one for Wilder ✍️ pic.twitter.com/bU3oMIx85i

“Jack’s got a great pedigree and he will make our squad stronger,” he told the club’s official website. “But he isn’t just coming in to make the numbers up, it’s a specific position in our system and we feel he is the best option for us at this time.

“Jack can comfortably play in a couple of roles and we’re delighted to add him to the group. He’s got a fantastic attitude and he’s ambitious to earn a place in the team.”

Robinson began his career at Liverpool and is the second-youngest player ever to feature for the Reds after debuting at 16 years and 250 days in May 2009.

Following loan spells at Blackpool and Wolves, the former England Under-21 international departed Anfield permanently for QPR in 2014, where he played intermittently for four years before joining Forest.

It has been a busy month so far at Bramall Lane, with Wilder penning a new long-term deal recently.