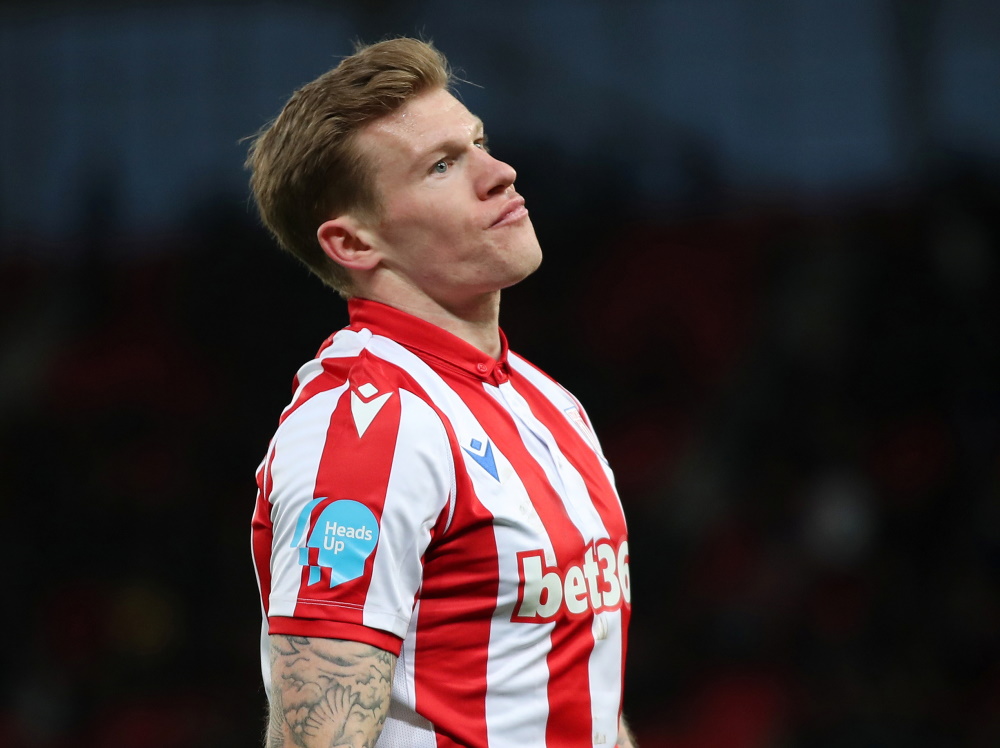 James McClean has been ruled out for several weeks with a knee injury and been warned about his behaviour by the FA to compound the Stoke man's misery.

The Republic of Ireland international picked up the injury during Wednesday’s 2-0 defeat to Preston in the Championship.

The former West Brom and Sunderland man had initially tried to play through the pain barrier when the injury happened before eventually being taken off by boss Michael O’Neill.

Stoke have now confirmed McClean damaged his medial ligament, keeping him out of action for the foreseeable future.

The 30-year-old was one of two Stoke players to pick up a knee injury against Preston with Thibaud Verlinden ruled out for the rest of the season with an ACL problem.

To make matters worse for McClean, he has landed himself in hot water with a social media post he published after the loss to Preston.

In a now deleted entry on his Instagram, McClean had published a photo of him stood over Preston midfielder Ben Pearson with the caption: “Clean up in aisle four, there’s a b**** on the floor.”

James McClean hits out at ‘b****’ Ben Pearson on Instagram after clashing during Stoke matchhttps://t.co/vPnkQc5pwo

McClean and Pearson have history and were involved in a second half scuffle before the Stoke man was forced off through injury.

Stoke-on-Trent Live say they have been in contact with the Football Association and they say they have spoken to McClean to warn him about his behaviour but say the Irishman won’t face any further action on this occasion.

McClean is perhaps fortunate to escape a ban with the FA having slapped Manchester City midfielder Bernardo Silva, Liverpool youngster Harvey Elliott and Port Vale striker Tom Pope with suspensions of varying lengths after falling foul of their social media guidelines this season.