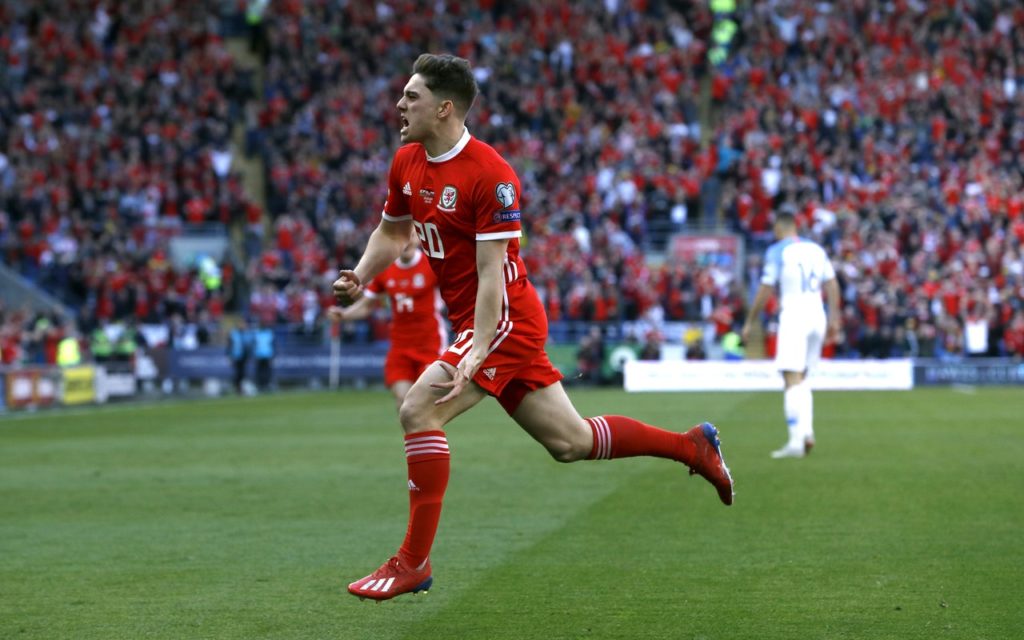 Winger James has been a first-team regular since arriving at United from Swansea last summer, featuring 32 times across all competitions to date, which is considerably more than many of the club’s supporters would have been expecting when he first joined.

The 22-year-old certainly made a flying start to his United career, scoring three goals in his four Premier League appearances for the club, but the general consensus is that his performance levels have dropped over recent months, with many feeling it could be down to burnout.

That should certainly be a concern for Giggs, who will be hoping to have James fit and firing for this summer’s European Championship, but the 46-year-old, himself a former United star, does not feel the talented winger has been overworked.

“Dan has done fantastic. To make that step up to United and to have the start that he did, he’s fine,” Giggs told the BBC.

James was a regular for Wales during their qualification campaign for Euro 2020, playing in all eight of their games and he scored the only goal it what proved to be a pivotal 1-0 win over Slovakia.

The youngster is likely to be one of the first names on Giggs’ team-sheet this summer, with Wales set to take on Turkey, Italy and Switzerland in Group A of the tournament.