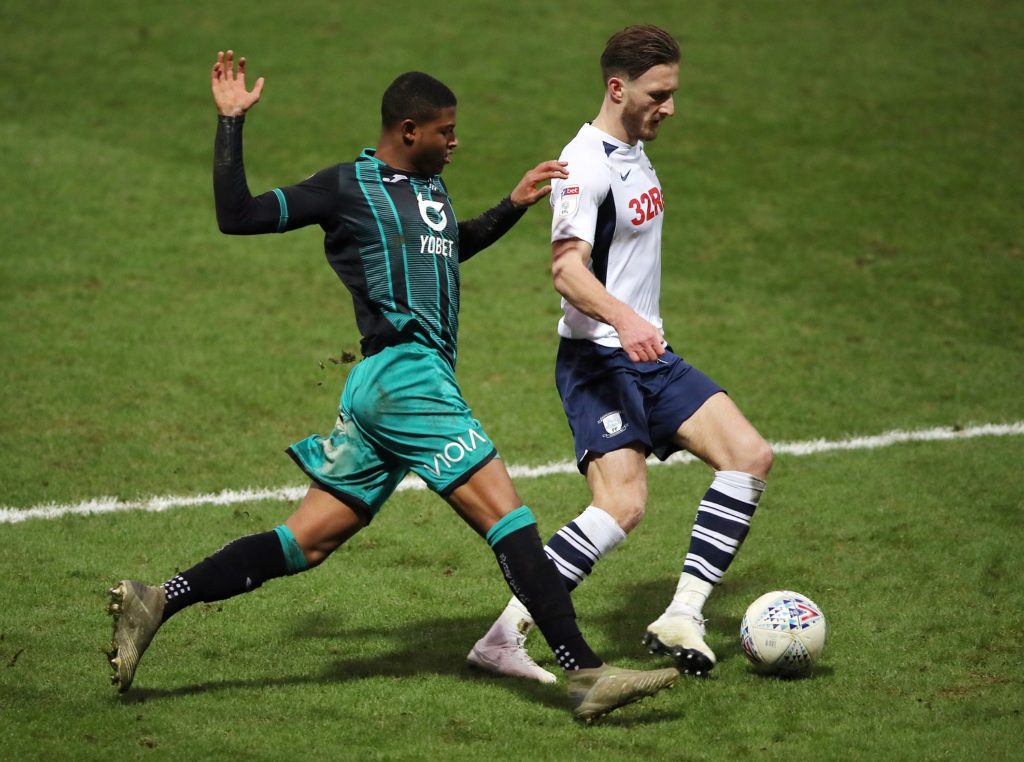 Swansea boss Steve Cooper says he has been impressed by loanee Rhian Brewster's work-rate at the club, most recently on Saturday at Preston.

Brewster’s performances coming through the youth ranks at Liverpool mean much is expected of him in the future and he headed to the Liberty Stadium in January for his first taste of regular first-team football.

The 19-year-old has netted twice in his four appearances for the club, including the equaliser on Saturday at Deepdale after Scott Sinclair had put the Lilywhites ahead.

Having started all four of his matches with the Swans, Cooper clearly sees the Chadwell Heath-born starlet as someone who could be crucial to his side’s hopes of winning promotion this season.

Swansea sit eighth in the table, four points adrift of the play-off places heading into the final 16 games of the campaign.

“Rhian worked hard and looked a threat. It was a good performance from him, but it wasn’t the only one at the top end of the pitch.” 💪

Brewster will again be hoping to get the nod when Derby visit the Liberty on Saturday and Cooper has clearly been impressed by what the forward has added to his side.

The coach worked alongside the youngster when he was in charge of the England Under-17s and, while he was keen to stress that everyone did their job on Saturday, the 40-year-old reserved extra praise for the new man.

“Rhian did well, although I don’t want to focus too much on the individual performances,” said Cooper. “Rhian worked hard and looked a threat. He can be a real nuisance.

“It was a good performance from Rhian, but it wasn’t the only one at the top end of the pitch.”