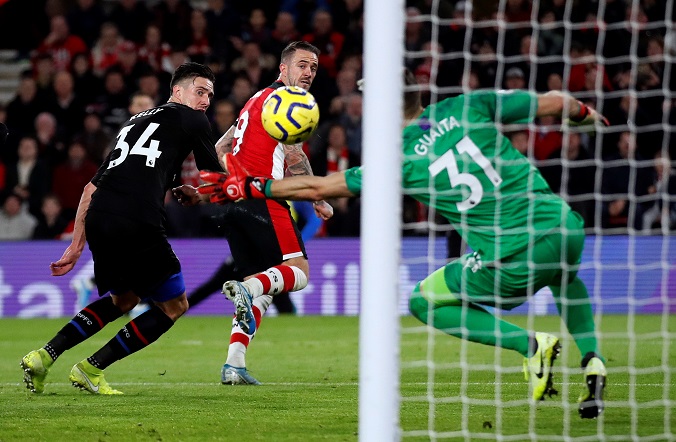 Ings has hit real form in the Premier League this season and scored an 81st-minute winner against Rodgers’ Foxes at the weekend.

The pair worked together during their time at Liverpool when Rodgers’ managed to secure Ings’ services on a free transfer from Burnley back in the summer of 2015.

Now manager with the Foxes at King Power Stadium, the Northern Irishman has been impressed with what he has seen from the 27-year-old this term.

Asked whether the Saints star could step in for the Three Lions, Rodgers replied: “Yeah, there’s no doubt.

“When he was at his best in and around Liverpool he was certainly a player for that there. I would definitely say he would be in consideration for that.

“Danny has always been an outstanding player. He has an eye for goal, wants to run in behind. His goal was (typical) Danny Ings, really. Off the shoulder, in behind and he finishes it really well. He just needs to keep the consistency and availability and he’ll show he’s one of the best strikers about.”

Ings, who has one England cap to his name, will be hoping his efforts in recent weeks have caught the eye of manager Gareth Southgate, who will be considering his options following the recent injury blow to first-choice striker Harry Kane.