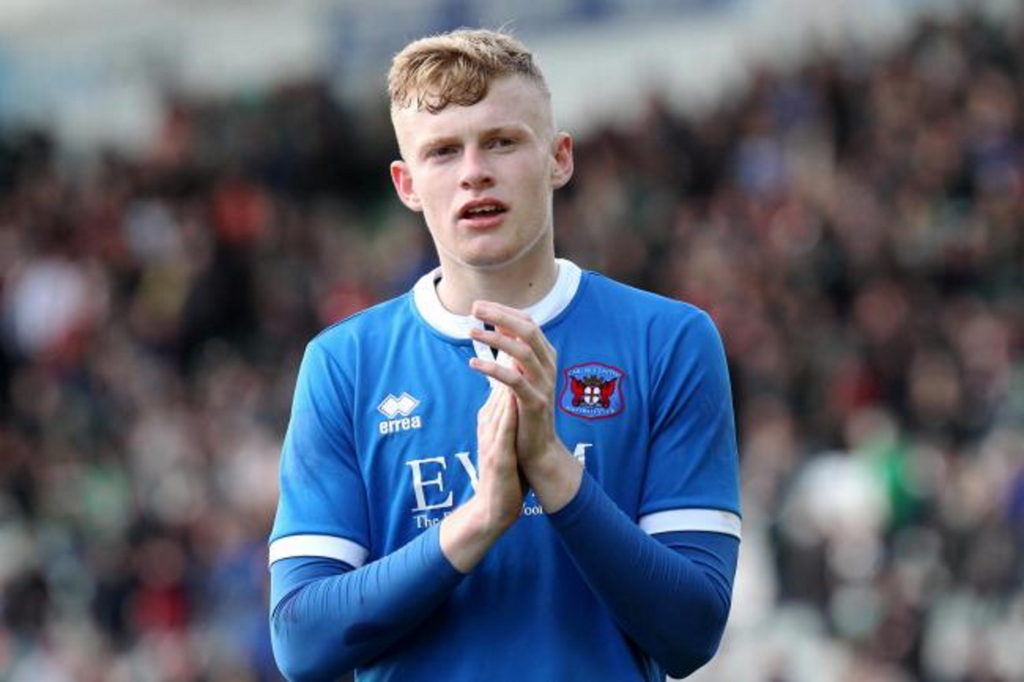 Jarrod Branthwaite is eyeing a route to the first team at Everton after completing his move from Carlisle on Monday.

Branthwaite was being courted by several Premier League clubs but Everton announced his arrival on Monday on a two-and-a-half-year deal.

The 17-year-old forced his way into the first-team picture with Carlisle this season, making 11 senior appearances across all competitions, and is set to link up with the Toffees’ Under-23 side.

It’s unlikely he will get the chance to turn out in the top flight this term although Branthwaite is already getting excited about appearing at Goodison Park in the future.

Everton have offered chances to players that have proven their worth in the Under-23s over recent years, with Mason Holgate, Tom Davies and Dominic Calvert-Lewin all stepping up. Branthwaite wants to follow in their footsteps.

“The pathway is superb – that’s what made me want to join Everton. I’ve seen those players get their chance in the first team and do well,” Branthwaite told evertonfc.com.

“I just can’t wait to get started. Everton is a big club and I’m buzzing to be here. My long-term goal, 100 per cent, is to play for Everton first team in front of the great crowds at Goodison. That would be my dream.”

Branthwaite could make his maiden appearance for the Under-23s when they host Fulham in the Premier League Cup on Friday, while his Premier League 2 Division One debut could come against Chelsea on January 23.

It’s understood that Everton are still looking to do further business this month as Ancelotti bolsters his senior options to ensure they can enjoy a strong second half of the campaign.