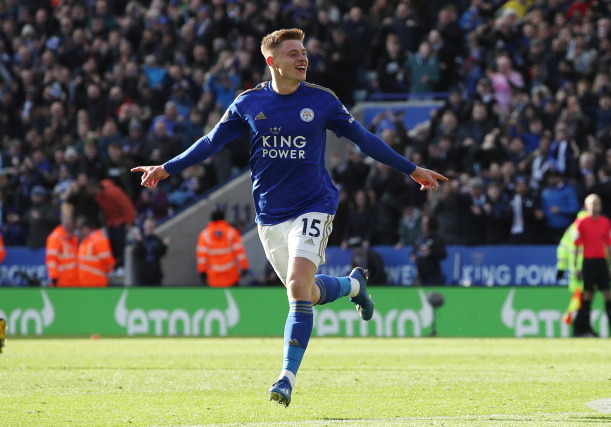 England boss Gareth Southgate is reportedly considering including Leicester winger Harvey Barnes in his squad for this summer's European Championship.

The 22-year-old has yet to make his senior debut for the Three Lions, although he has played for his country at youth level.

Barnes made his debut for the Under-18s in 2017, and has since represented his country at Under-20 and Under-21 level.

He has made 14 appearances for England’s youth teams but is currently enjoying the best season of his career at the King Power Stadium, making 23 appearances for Brendan Rodgers’ men and scoring four goals in the process.

He has scored three in his last five matches, including a deflected effort in the 2-2 draw with Chelsea.

The Burnley-born ace has played a key role as Leicester have battled their way into the top three in the Premier League, with Champions League football now on the cards for next season.

Reports in the Daily Mail suggest that Southgate is planning to attend Friday night’s match against Wolves at Molineux.

As well as scoring four goals this term, Barnes also has six assists and Southgate believes he could add a new dimension to the England front line. The Three Lions face Italy and Denmark in friendlies next month and Barnes is reportedly set to be named in the squad, barring any injury problems.

England have been drawn in Group D for this summer’s tournament, with Croatia and the Czech Republic two of their confirmed opponents.

Southgate’s men finished top of their qualifying group, winning seven of their eight matches after proving too much for the Czech Republic, Kosovo, Bulgaria and Montenegro.

England’s games this summer in the group stage will be held at Wembley Stadium or Hampden Park.