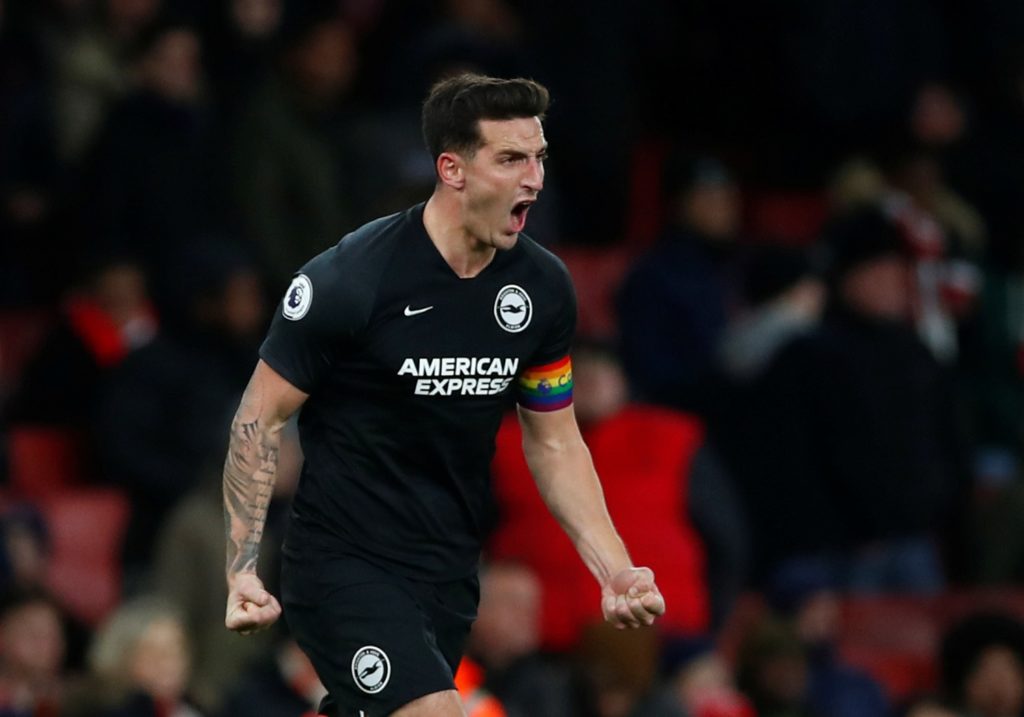 Brighton defender Lewis Dunk says his desire to earn an England recall has been reinvigorated after receiving the cap from his sole appearance to date.

Dunk made his sole appearance for the national team in November 2018, playing the full 90 minutes in the 3-0 friendly win over the United States.

Earlier that year he was an unused substitute against both Spain and Croatia and while his strong form has continued for the Seagulls, the 28-year-old has had to be patient.

Punters looking for a bonus and promotion code for 2020, will note that Gareth Southgate’s men have four friendlies lined up before Euro 2020.

The Three Lions entertain Italy at Wembley on March 27, before another home clash on March 31 – this time against Denmark. On June 2, Southgate’s squad will travel to Vienna to face Austria before facing Romania at Villa Park on June 7.

🦁 Dunky got his @England 🧢 yesterday…

“I have dreamt about singing the national anthem since I was a little kid.

“It will be a moment I will savour for the rest of my life…” 👏#BHAFC 🔵⚪️ pic.twitter.com/meZkgCSUPH

Despite it being 16 months since running out for the Three Lions, Brighton centre-back Dunk only received his cap from the match this week.

Having the object in his hands has provided fresh inspiration, with Euro 2020 now on the horizon and all those looking to be involved pushing their claims.

Dunk’s first chance to do that comes on Saturday, when his Brighton side take on Sheffield United at Bramall Lane.

With the Seagulls sat 15th in the table and without a win in their last six Premier League matches, Graham Potter’s men need to start picking up points.

Their skipper knows his performances will be vital to his team’s hopes of survival and with them also having the potential to earn an England recall, being handed his cap in its physical form may have come at the perfect time for Dunk and Brighton.

“I have obviously experienced playing for England, so it’s a great honour to receive the cap – it symbolises the achievement,” he told the club website. “I am going to display it in my house, it’s a nice treasure to have.

“Hopefully I can get many more appearances for them, I will keep playing my game at Brighton and I hope I will get picked again, but you can’t take the one I have away from me.”

Brighton’s Premier League status is likely to have a big impact on whether the defender makes the 23-man squad for this summer’s international tournament.