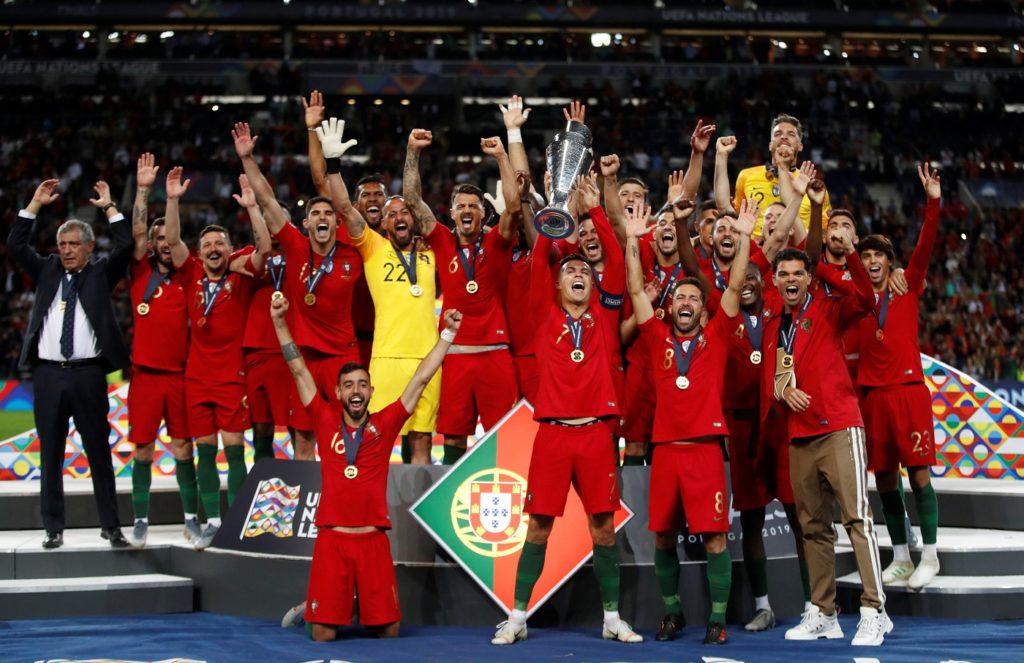 England have been drawn alongside Belgium, Iceland and Denmark for this year's UEFA Nations League.

England were among the top seeds at Tuesday’s draw after making it through to the Finals of the inaugural tournament last year, but that has not stopped them being pitted against the world’s number one ranked side Belgium in League A Group 2.

The Three Lions were twice beaten by Roberto Martinez’ side at the 2018 World Cup, with their last competitive victory against Belgium coming 30 years ago.

The meeting with Iceland will also bring back painful memories for the Three Lions, as they were famously beaten by the island country during the knockout stages of Euro 2016.

England’s last competitive meeting with Denmark did end more positively, as they beat the Scandinavian side at the 2002 World Cup.

The other home nations will compete in League B and Scotland will face familiar opponents in Group B2, as they will come up against Israel, who they met in the last edition of the Nations League and they will also go head-to-head against in the Euro 2020 playoffs later this month.

Steve Clarke’s side will also face the Czech Republic and Slovakia in their group – two teams they have recent memories of beating.

Northern Ireland failed to register a single point during the last Nations League and they will face a stern test of their credentials once again, as they have been drawn in Group B1 alongside Austria, Norway and Romania.

Wales, meanwhile, will once again face the Republic of Ireland in Group B4.

The two teams met in the Nations League back in 2018, with Wales winning both encounters, but it was Ireland who enjoyed the better of the clashes during qualifying for the 2018 World Cup, pipping their near rivals to a playoff place during that campaign.

The other two teams in Group B4 are Finland, who will be making their debut at a major international tournament this summer, and Bulgaria.

The 2020-21 Nations League will get underway in September, with the group stages reaching a conclusion during the autumn ahead of the finals in June 2021.