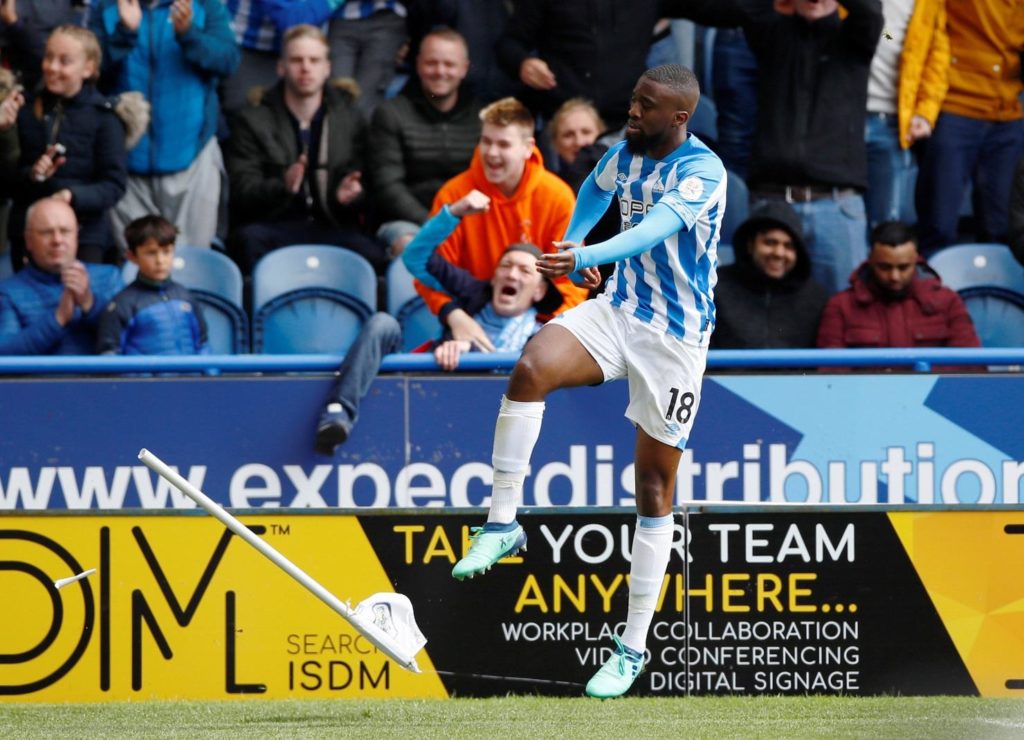 Ligue 1 outfit Amiens have confirmed the arrival of Huddersfield Town forward Isaac Mbenza on loan for the rest of the season.

Former Belgium Under-21 international Mbenza had been a target for Amiens throughout the January transfer window and they have managed to acquire his services for the remainder of the 2019/20 campaign.

Although the winter window closed on Friday, Les Licornes managed to submit the required paperwork before the deadline on January 31 and the deal has finally been ratified by the FA and EFL on Monday.

The 23-year-old will welcome the opportunity of more regular first-team football, having made just six appearances for Town this season and last featuring in the 1-0 win over Stoke City on October 1, 2019.

Mbenza joined the Terriers from French club Montpellier HSC on loan ahead of the 2018/19 season before an option in his original loan agreement was exercised to make the move permanent in July 2019, but he had fallen down the pecking order.

☑️ #htafc can confirm that the FA and EFL has approved Isaac Mbenza’s loan move to French Ligue 1 side @AmiensSC for the rest of the 2019/20 season.

Amiens are currently sitting in the relegation play-off place in Ligue 1 and the club will be hoping Mbenza can fire the club to safety, which is currently five points away.

The Belgian could make his debut in Wednesday’s trip to Lyon as the visitors look to record their first league victory since November 2 when they overcame Brest 1-0 on home soil.

It is not thought Amiens have the option to make the loan move permanent for Mbenza, who is contracted to Town until the summer of 2021, with the club having the option of a further year’s extension.