Bowen could be the ace up West Ham’s sleeve 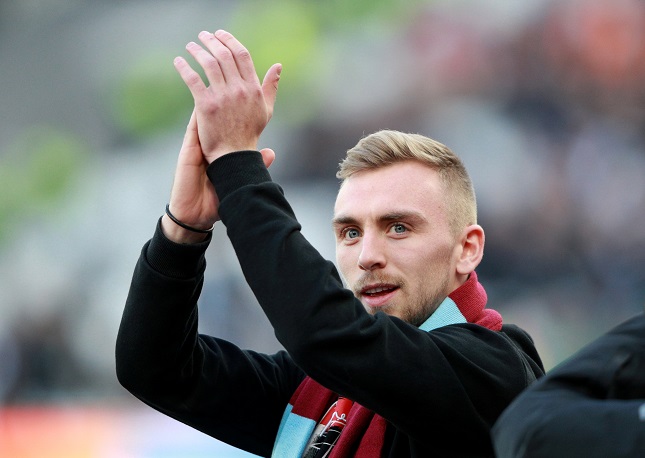 West Ham may have had a bad season but in Jarrod Bowen they secured deadline day’s tidiest deal.

It was a long time coming but a Premier League club finally took a chance on the Hull winger when West Ham swooped to sign him.

A fee of £20million was agreed and, even though the deal was held up until late on Friday night, they managed to get it over the line.

Bowen was ineligible to play in West Ham’s 3-3 draw at Brighton on Saturday but will be available in time for the Hammers’ clash at Manchester City on Sunday afternoon.

Boss David Moyes is clearly keen to unveil his new recruit, saying: “When you score goals as he does, and in the numbers he does, in the Championship, it will give you a great chance of scoring goals in the Premier League.”

It would be easy to say Bowen is a gamble given he has never played in the Premier League before (barring a couple of games at the end of the 2016-17 season when Hull were relegated).

However, the former Hereford youth player could be a brilliant payer for West Ham in the Premier League if given the right opportunities. He provides something that West Ham don’t possess in their attack – goals.

Sebastian Haller has been a huge letdown since completing his £45million move from Frankfurt in the summer, which still stands as the club-record signing.

The Frenchman has struggled for goals, finding the back of the net just six times in the Premier League. Worryingly for the Hammers, he is their top goalscorer this season, with very little else in terms of cover.

Bowen will provide great variety with his goals – he is very direct when drifting in from the right-hand side and possesses a fierce shot from range.

However, he also has a threat when popping up in the box. The 23-year-old has clever movement that outfoxed many defenders in the Championship to allow him to score goals.

In just two-and-a-half seasons with the Tigers in the second tier, he managed 54 goals – a quite phenomenal record for a player not even considered an “out-and-out” centre-forward in a team that has rarely threatened to achieve promotion.

Yes, the Premier League is a big step up from the Championship and, yes, many forward players haven’t made the cut in recent years – Che Adams at Southampton this season is an example.

But West Ham have many tidy ball players who struggle with scoring – Manuel Lanzini, Felipe Anderson and Pablo Fornals are all very capable of picking out their team-mates.

If they can lay on the service for Bowen, he will score goals to keep the Hammers in the top flight and silence any doubters who feel the fee was too high for a Championship player.