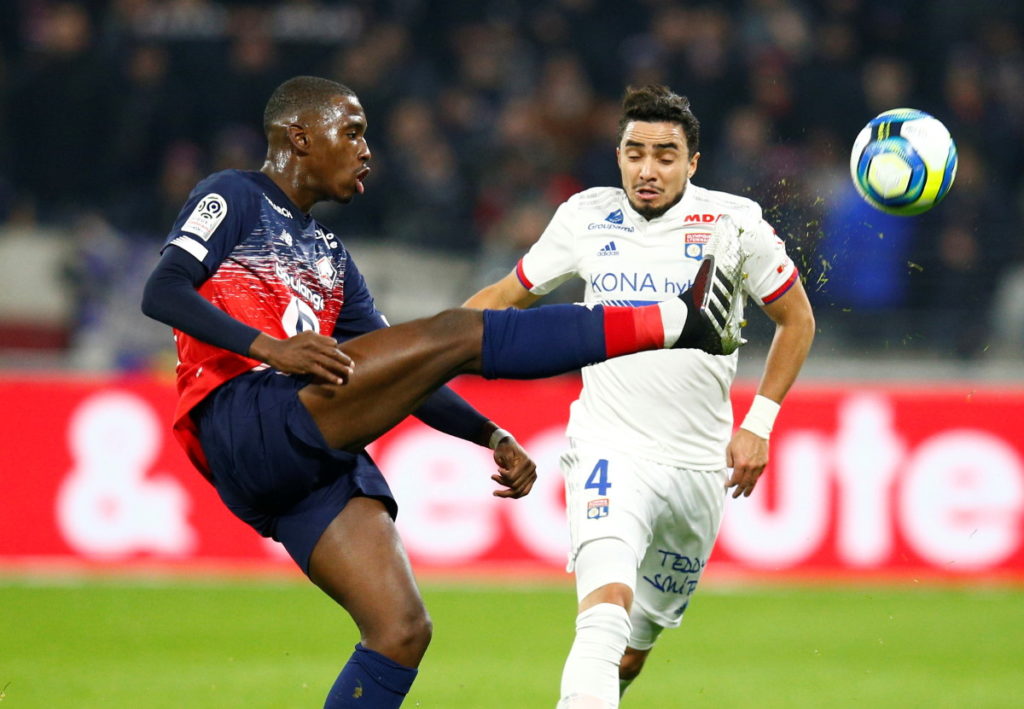 In-demand midfielder Boubakary Soumare says he has no plans to leave Lille during the January transfer window.

Soumare has become one of the hottest prospects in Ligue 1 and has been linked with the likes of Real Madrid, Valencia, Chelsea, Manchester United and Arsenal.

United and Chelsea have reportedly held talks with Les Dogues and it looked as if a mid-season move to the Premier League was on the cards.

However, the 20-year-old Frenchman, who came through the Paris Saint-Germain youth system, says he wants to remain with Lille for the rest of the season at least.

“I feel good here,” he told L’Equipe. “I learn, we have high goals, like the Champions League. A departure is not on the agenda.

“I want to do a full season. My team-mates are helping me. It is not time to leave. I don’t want to leave with regrets.

“I have already discussed it with the coach [Christophe Galtier]. I told him very clearly. I have a very clear idea of where I want to go in my career. I know where I am today. And that suits me.”

Lille sit fifth in the Ligue 1 table and are five points behind third-placed Rennes in the battle for Champions League qualification.

The Stade Pierre-Mauroy outfit are also battling for domestic silverware as they take on Lyon in the semi-finals of the Coupe de la Ligue on Tuesday.