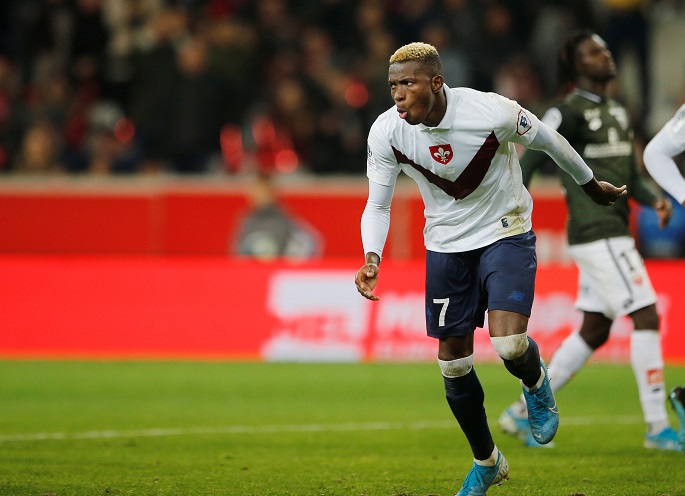 Lille will struggle to keep Victor Osimhen at the end of the season as both Real Madrid and Barcelona are ready to battle for his signature.

The January transfer window may have closed with Lille doing well to keep hold during that time, but speculation over the striker’s future shows no sign of slowing down.

The 21-year-old is having an outstanding season, scoring 15 goals in 31 appearances, and his form has attracted the attention of some of Europe’s top clubs.

Real and Barca are said to be leading the race and did make contact with Les Dogues in January in the hope of striking a deal, but were told by the Ligue 1 club that he is not for sale.

That could change in the summer though as Lille will struggle to knock back the kind of money that both Spanish giants will be willing to offer.

😳 16 games left this season for Osimhen to beat the record on first attempt. pic.twitter.com/tlxMea8w8H

However, it does give them time to get a replacement lined up, safe in the knowledge they will receive a big fee for the Nigeria international to spend on a new striker.

The fact that both Real and Barca are keen means a bidding war could be on the cards which would push the price up even more.

Osimhen is tied down to a contract until July 2024, meaning Lille are under no pressure to cash in and will be able to drive a hard bargain with the Spanish duo.

The Lagos-born forward also chipped in with two Champions League goals before Lille were eliminated from the group stage, raising his stock even further.