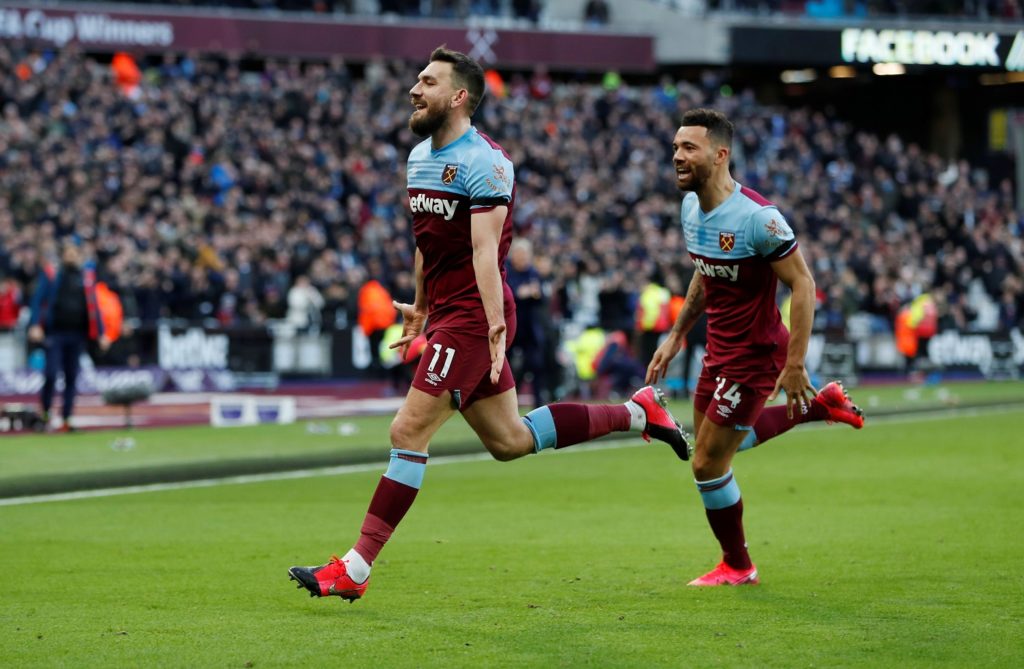 West Ham are "definitely good enough" to avoid relegation from the Premier League this season, according to Robert Snodgrass.

The Hammers looked set for their first Premier League win since New Year’s Day on Saturday, with two deflected strikes from Snodgrass contributing to a 3-1 lead over Brighton.

However, a tactical tweak by David Moyes, which saw Michail Antonio replaced by Arthur Masuaku as the team switched to a back three, quelled their momentum and allowed the Seagulls back into the game.

Brighton took advantage, with goals from Pascal Gross and Glenn Murray earning them a point, and Solly March almost claimed all three with a late free-kick which was saved by Lukasz Fabianski.

Bournemouth’s win over Aston Villa meant West Ham slipped into the relegation zone ahead of a tough run of games for Snodgrass and co.

A trip to Manchester City on Sunday is next on the agenda before they visit Anfield on February 24.

By then they will hope signings Tomas Soucek, who lasted 85 minutes on Saturday, and Jarrod Bowen are up to speed to face the Citizens and the Reds.

Points are at a premium for the club at this stage of the season and letting the victory slip from their grasp on Saturday will undoubtedly have hurt the side.

A win would have taken the Londoners up to 15th in the table but Snodgrass says his side mustn’t go into their shell. Instead, he has called for a continuation of the attacking intent they showed for 45 minutes on Saturday.

“It would have been a great win, which would have taken us further away from the bottom end and looking up,” he said.

“But I believe this team and the squad of players are definitely good enough. The most important thing is you need to keep scoring goals, that gives you the best possible chance.

“We’ve got too many games coming up to feel sorry for ourselves.”