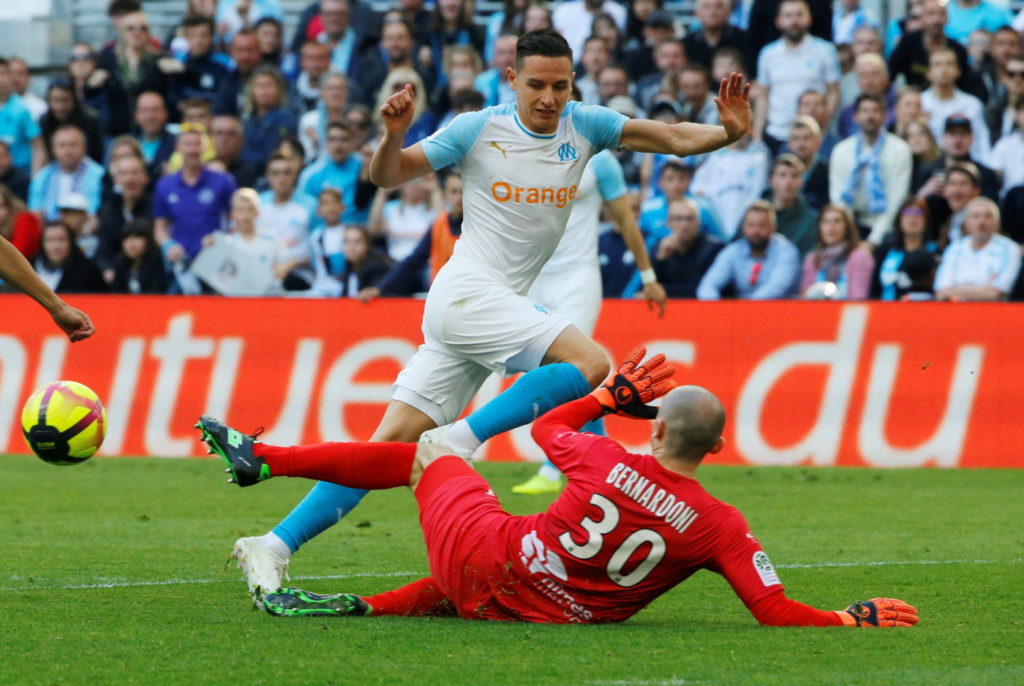 Marseille are reportedly willing to listen to offers for France international Florian Thauvin, who is believed to be of interest to Valencia.

Thauvin is in his second spell with Marseille after re-joining the club, initially on loan, in 2016 following an unsuccessful stint in the Premier League with Newcastle.

The winger’s time at the Stade Velodrome has been more successful than his brief stint in England as he has made 233 first-team appearances across his two spells, helping the club to the Europa League final in 2018.

The 27-year-old has scored over 50 goals in Ligue 1 over the last three seasons although this term he has not done so well as he has only played 11 minutes of football in the French top-flight due to an ankle injury that required him to undergo surgery.

However, Thauvin has now returned to training and could still play a major role for Marseille over the closing months of the season although it is looking increasingly likely that his time at the club is coming to an end.

Thauvin is out of contract in the summer of 2021 and there are no signs on him penning a new deal, which means Marseille are open to selling him at the end of the season rather than risk losing him on a free the following year.

Valencia showed tentative interest in the former Bastia player last summer and appear to be at the front of the queue ahead of a potential bidding war.

Los Che have earmarked Thauvin as a possible replacement for academy product Ferran Torres, who is being heavily linked with a move to Real Madrid, with the 19-year-old regarded as one of the brightest young talents in Spanish football.