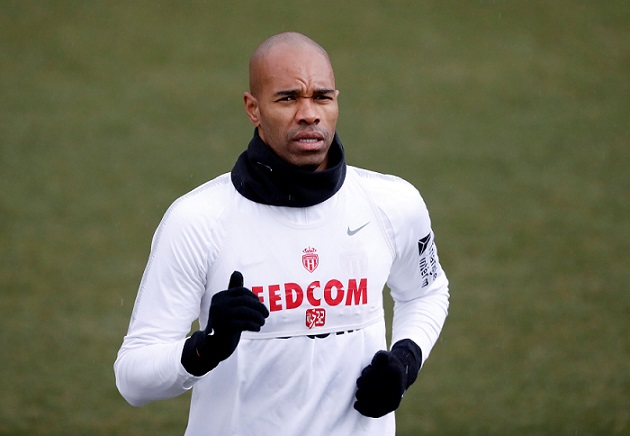 Brazilian defender Naldo has left Monaco after his contract was terminated by mutual consent.

The experienced Brazilian joined the French outfit in January last season on an 18-month contract after leaving German side Schalke.

Central defender Naldo was brought in to provide experience and aid Monaco in their quest to survive in the French top flight following a poor first half of the season.

However, his career in the principality proved to be disastrous after only making nine appearances in his year at the Stade Louis II Stadium.

Naldo was sent off twice in successive Ligue 1 matches, firstly against Strasbourg in a 5-1 loss which proved to be Thierry Henry’s last game as manager followed by a dismissal in their 2-0 defeat at Dijon.

After Leonardo Jardim took over for a second spell in charge, Naldo was largely a peripheral figure at the club, only making five more appearances for the rest of the season, just two of those being starts.

This season he didn’t feature in a single game for the side who currently occupy ninth in the table, three points away from a Champions League spot.

The 37-year-old will now seek a seventh club as he looks to end his career on a positive note.

Naldo, a former Brazil international who won four caps for his country between 2007 and 2009, has spent most of his career in the Bundesliga.

He left Juventude in his homeland for Werder Bremen in 2005 and spent seven years with the club, making 173 Bundesliga appearances and finishing as a runner-up in the 2009 UEFA Cup.

Wolfsburg then came calling where he played 122 times in four seasons before moving on once again to Schalke, where he spent three years.