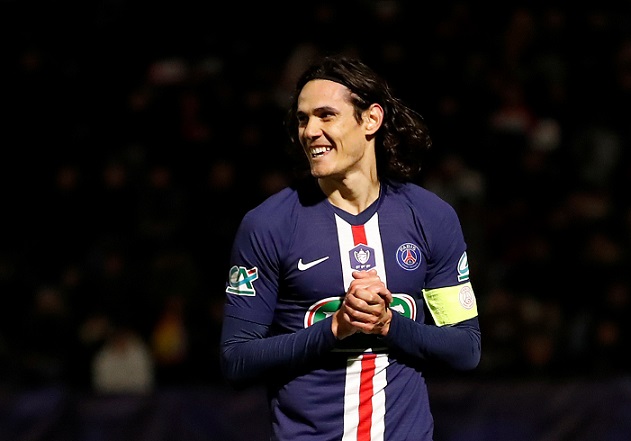 Paris Saint-Germain boss Thomas Tuchel is hoping Edinson Cavani will stay with the club but says the final decision will be made by the player.

Cavani has been a revelation during his time with the Parisians although appearances in the first team have been harder to come by of late as competition within the side is hot.

Having to compete with the likes of Kylian Mbappe and Neymar has made it tough, while he has not been helped by injuries during this campaign.

Cavani was again missing due to injury as PSG beat Monaco 4-1 on Wednesday night. He has made just nine Ligue 1 appearances this season, grabbing two goals in the process.

Reports have linked him with a move away before the closure of the transfer window, with La Liga side Atletico Madrid known to be leading the race for his services.

Tuchel wants to keep the player but says he would not stand in his way if he decides to seek more first-team football.

“If there can be departures and arrivals in the group? It’s still possible in football, I can’t say,” Tuchel told  Canal +.

“Cavani? We have to ask Edi the question. He is injured. He felt something in training and he couldn’t be there. If I want him to stay? It’s better, to achieve our goals, to have him, yes.”

Meanwhile, Mbappe netted twice, with Neymar also on target from the spot, while substitute Pablo Sarabia grabbed the other at the Stade Louis II as PSG continue to dominate Ligue 1.