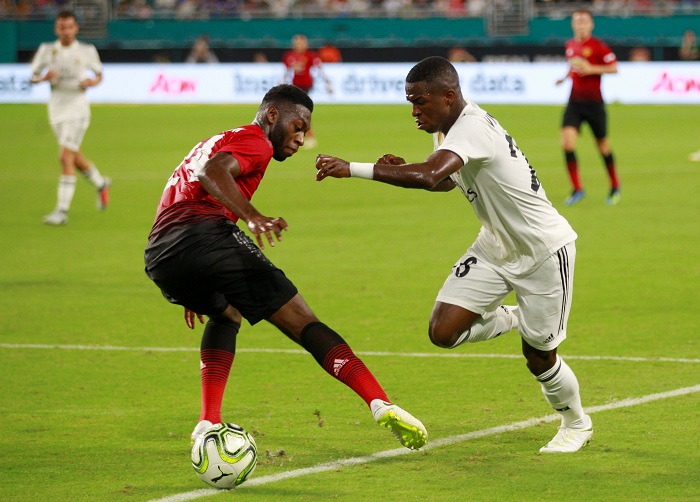 Real Madrid starlet Vinicius Junior has rubbished reports linking him with a move to Paris Saint-Germain when the summer transfer window opens.

Brazil international Vinicius joined Spanish giants Madrid in 2018 from Flamengo and he has been gradually making his mark in the first team, featuring in 32 La Liga games and scoring three goals in the process.

The 19-year-old forward was linked with a move to French champions PSG in January, with the Ligue 1 champions’ sporting director Leonardo a reported admirer of his compatriot.

Despite only being on the senior scene a couple of seasons, Vinicius, who has a contract until the summer of 2025, is said to be valued close to 50million and that represents a big outlay on a player that has limited experience.

Les Parisiens are still said to be keen on acquiring his services and are pondering whether to make a summer move amid doubts over the futures of Neymar and Kylian Mbappe, who reacted angrily to being substituted recently.

However, Vinicius has poured cold water on reports linking him with a move to the Parc des Princes, insisting he is happy at the Santiago Bernabeu and has no thoughts of leaving.

The teenager told reporters: “There’s no choice, I want to stay at Madrid.”

Madrid did suffer a shock defeat to Real Sociedad in the Copa del Rey quarter-finals on Thursday, losing 4-3, and Vinicius admits his side were not at the level required to pick up the win.

He added: “We were not in good shape, and Sociedad plays football really well, they’re well-placed in La Liga. It was a difficult match. The only Copa one played at home, and we lost.”