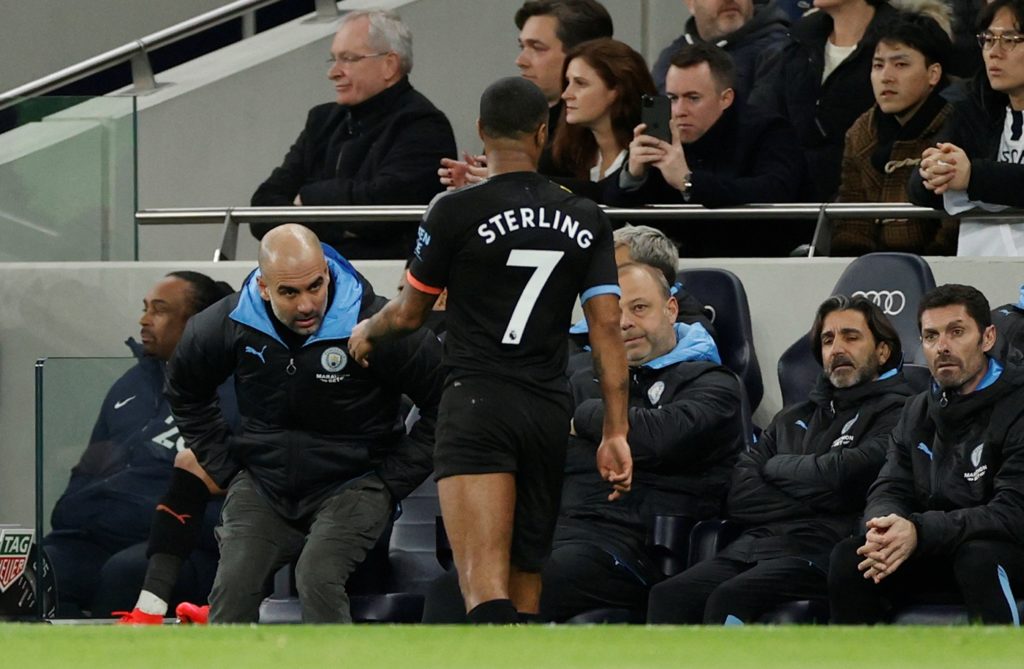 Manchester City have already confirmed that Raheem Sterling will miss Sunday's clash with West Ham but he could now be facing an extended period out of action.

England international Sterling was forced off during the latter stages of City’s Premier League defeat at Tottenham last weekend with a hamstring problem and the club confirmed earlier this week that he would not feature when West Ham visit the Etihad Stadium.

However, City boss Pep Guardiola has now provided a further update on Sterling’s condition, revealing that the 25-year-old might not be ready to return until after the first leg of their Champions League last 16 tie with Real Madrid in Spain at the end of the month.

“Raheem has a hamstring injury and we will see,” Guardiola told reporters. “Of course, it takes weeks, but we will see for Madrid. I don’t know (at this stage).

The potential return of Leroy Sane would certainly ease the blow of losing Sterling, but Guardiola says the German international, who has returned to training, is not yet ready for competitive action and will not be rushed back into the fold.

City will also be without left-back Oleksandr Zinchenko for Sunday’s game following his sending off against Spurs.

West Ham will head into the weekend without a win in five league games, a run that has seen them drop into the relegation zone.

Boss David Moyes has received a boost heading into the weekend, as wingers Felipe Anderson and Andriy Yarmolenko have returned to training and could play some part on Sunday.

“We’ve actually got a lot of players beginning to get back to fitness, which is good news,” Moyes confirmed at his pre-match press conference.

“Felipe Anderson has had a couple of days training. Andriy Yarmolenko is on the grass too, working towards getting back and I think after that most of the players are just about ready.”

Deadline day recruit Jarrod Bowen is also in line to make his debut. The former Hull star was not registered in time to feature in last weekend’s draw with Brighton, but he could now join fellow January arrival Tomas Soucek in the line-up.

“I feel like I’m ready. I’ve got to step up again, but I believe in myself, so I’ve just got to repay the faith of West Ham for bringing me in here, on the pitch.”

City have won their last eight meetings with West Ham, scoring four or more goals in five of those games and they will be expected to extend that run on Sunday.