Neymar will not be rushed back to fitness – Tuchel 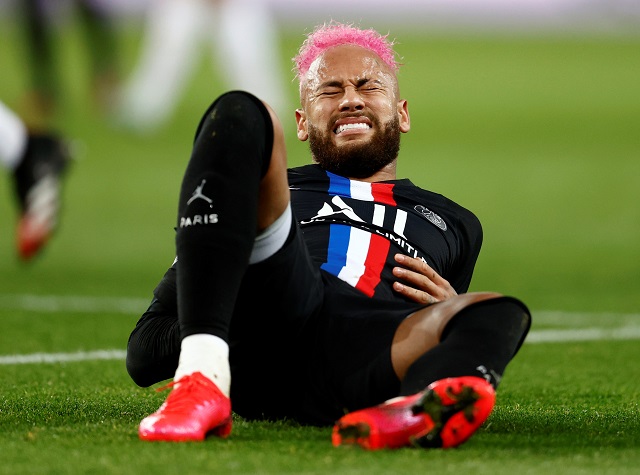 Paris Saint-Germain boss Thomas Tuchel insists he will not take any undue risks with regards to Neymar’s fitness as he recovers from a rib problem.

The Brazil international suffered the injury on February 1 against Montpellier when Les Parisiens battered their opponents 5-0.

He subsequently missed their 2-1 away win at Nantes in midweek and 4-2 home triumph against Lyon on Sunday.

Now, he is a doubt for PSG’s Coupe de France quarter-final against at Dijon with PSG aiming to win the competition they came runner up in last year, surprisingly losing a penalty shootout to Rennes.

Neymar returned to training on Friday but is still being monitored daily by the club’s physio team.

And, speaking ahead of the Dijon clash, Tuchel says they will not rush their talisman back onto the pitch.

“Neymar is injured, we have to be patient and careful with him,” Tuchel told a press conference on Tuesday. “We are going to decide [if he can play] after training.”

It has been a stop-start season for Neymar, managing only 14 Ligue 1 appearances. However, his goalscoring ability is still evident with the 28-year-old scoring 13 league goals this term, despite the fact he reportedly wants to leave to re-join Barcelona.

In the same press conference, Tuchel also said Neymar’s fellow countryman Marquinhos will miss the Dijon game after failing to recover from a calf problem but could be fit for Saturday’s clash at Amiens.

“Honestly, I can only decide after Amiens. As you know, I never want to play without Marqui,” he added.