Winter break came at the right time for Newcastle – Dubravka 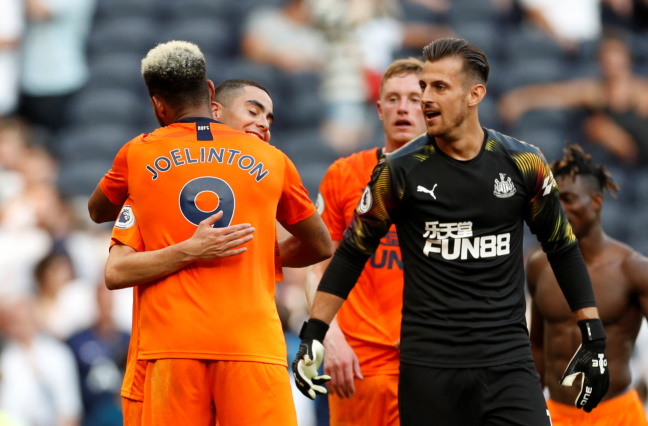 Martin Dubravka says the split winter break in the Premier League was a relief for Newcastle United as they aim to get some bodies back from the treatment room.

It is exactly two years to the day that Slovakia international Dubravka made his debut for Newcastle, producing a Man of the Match performance in between the sticks in the 1-0 victory over Manchester United at St James’ Park.

Since that display, the 31-year-old hasn’t missed a Premier League outing for the Magpies, a run that currently stands at 75 matches, and he is set for appearance number 76 when the north-east outfit travel to the Emirates on Sunday to take on Arsenal.

However, even though the goalkeeper has been free of injury, the same can’t be said for a large proportion of the Newcastle squad, which has been decimated by absences over the past three months.

Paul Dummett and Jetro Willems have both been ruled out for the campaign, which forced Steve Bruce to delve into the market and sign Tottenham left-back Danny Rose on loan in January, while right-back Emil Krafth is out until March with a foot issue.

Midfielder Jack Colback is hampered by a knee problem while Jonjo Shelvey, who was in impressive form for Newcastle before picking up a hamstring injury, is not expected back until the end of this month.

Club-record signing Joelinton, Miguel Almiron, Javier Manquillo, Yoshinori Muto, Dwight Gayle and Andy Carroll are all still on the treatment table, although the sextet are pushing for a return this weekend.

Had it not been for the current winter break, which has seen the division split into two, the Magpies, who are sitting 12th in the standings, would have really been down to the bare bones.

As it stands, Bruce is expected to be handed several fitness boosts and Dubravka believes the break came at just the right time for his team.

“We have had so many games in a row so these few days off definitely helped us to heal some small injuries and hopefully we are ready for the next games now,” he told the club’s official site.

“When you are playing in different leagues (in Europe) you get a couple of weeks off, or a couple of days – I’ve had that before as well, so I know how helpful this can be.”