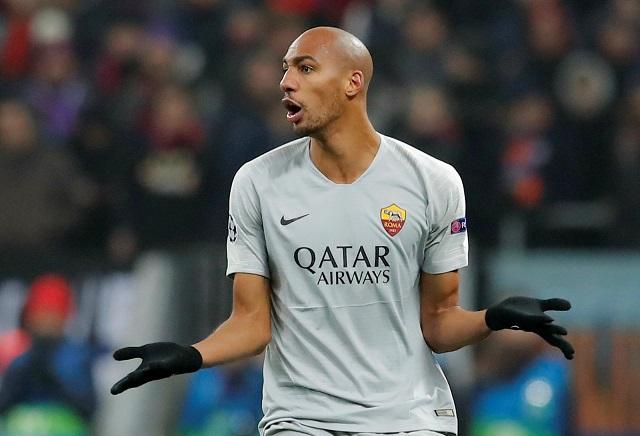 Ligue 1 outfit Rennes are reportedly on the verge of signing Roma's Steven Nzonzi on loan after beating two Premier League clubs to his signature.

France international Nzonzi joined Roma in August 2018 from Sevilla and he was a regular first-team fixture during his debut season, making 30 Serie A appearances and scoring one goal in the process.

However, the 31-year-old midfielder, who spent time in the Premier League with Blackburn Rovers and Stoke City, was not in the club’s plans for the 2019/20 campaign and he joined Turkish side Galatasaray on a year-long loan last summer.

The La Garenne-Colombes-born star has struggled during his temporary spell at Turk Telekom Stadium, featuring in just 10 top-flight matches since his arrival.

Reports are now claiming his loan deal will be cut short before then being sent out to a different club until the end of the current campaign.

English duo West Ham United and Aston Villa were both said to be interested in signing Nzonzi and it was even claimed the Villans had made an offer, which was rejected by the midfielder.

Rennes, who are enjoying a fantastic season and sit third in Ligue 1, are said to be leading the race for his signature and they are expected to get a deal over the line before the January transfer window closes on Friday.

Nzonzi preferred a move back to his homeland instead of a return to the Premier League and reports are suggesting Les Rennais will have the option to make the loan permanent in the summer.

The Frenchman could be in line to make his Ligue 1 debut for Rennes in Friday’s home clash against Nantes, if the loan is completed by then.