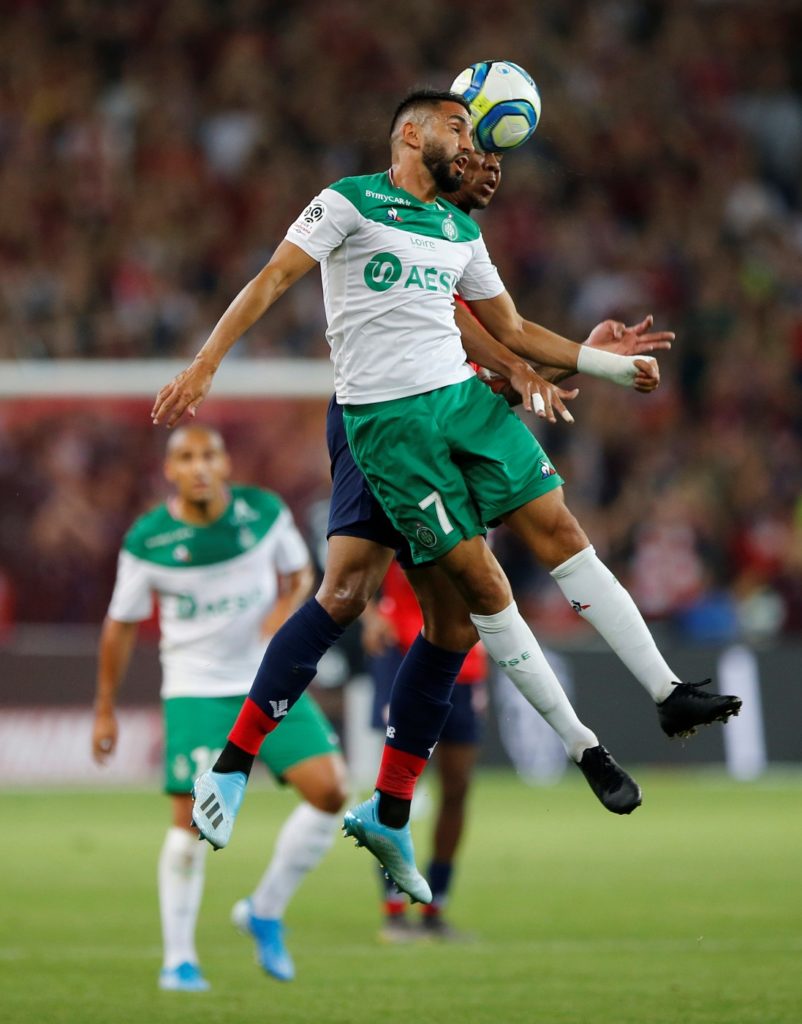 A stoppage-time strike from Ryad Boudebouz saw Saint-Etienne book their place in a first Coupe de France final in 38 years by beating Rennes 2-1 on Thursday.

Algeria international Boudebouz struck with just seconds remaining at the Stade Geoffroy-Guichard and, after the final whistle, thousands of Saint-Etienne supporters rushed onto the pitch to celebrate with the players.

It is the first time since 1982 that Les Verts have made it through to the final of the Coupe de France, although they will head into the showpiece at the Stade de France on April 25 as massive underdogs, as they will be taking on Paris Saint-Germain.

Matchwinner Boudebouz was not thinking about that after the game, however, as he was instead revelling in writing his name into the club’s history books.

“When we suffer so much together, winning like this is deliverance,” Boudebouz was quoted as saying by the Ligue 1 website.

“For my goal, I didn’t ask any questions – it was the very end of the match. I tried my luck and it went in, which is great for me”

The cup has certainly acted as a much-needed distraction for Saint-Etienne of late, as Claude Puel’s side have taken just one point from their last six league games to slip within two points of the relegation play-off position in Ligue 1.

Boudebouz himself has received criticism, as he has scored just one goal in 23 league appearances since joining the club from Real Betis last summer, but the 30-year-old believes he has now responded in the best possible way on the pitch.

“Everyone knows I’ve faced a lot of criticism this season,” Boudebouz added. “All I wanted was to give my response out on the pitch, and that’s what happened.”