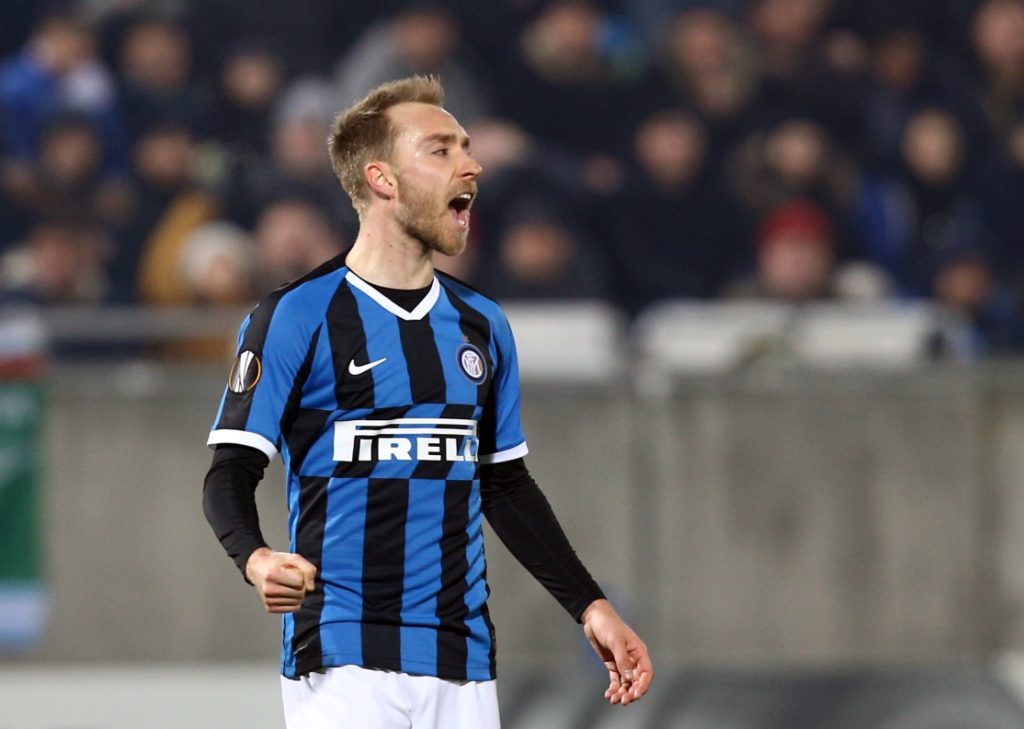 Christian Eriksen will reportedly have to settle for a place on the bench again this weekend when Inter take on Juventus in Serie A's big rearranged clash.

The showdown will take place behind closed doors due to the coronavirus outbreak in Italy as third-placed Inter hope to close the gap on Juve, who are second.

With six points separating the two sides, it’s vital Antonio Conte’s side secure all three points although they do have a game in hand over the Old Lady, who themselves are two points adrift of leaders Lazio.

Milan-based newspaper Gazzetta dello Sport says Eriksen will be on the bench for Sunday’s game, even though the 28-year-old has impressed recently, scoring one and getting an assist in his last two starts against Ludogorets in the Europa League.

The report says Eriksen is still adapting to Conte’s methods following his move from Tottenham in January, and the former Chelsea and Italy coach believes watching on from the sidelines will benefit the Denmark international in the long run as he gets used to different tactics.

Eriksen, who signed a four-and-a-half-year deal with the Nerazzurri, has only made one Serie A start so far, coming off the bench twice to make it three league appearances in total.

If he is only among the subs again this weekend, Eriksen remains a great option from the bench and will hope to play a full part in the run-in as Inter look to catch Juve and Lazio above them in the table.

Following the rescheduled Juventus game, Conte’s side are set to face Getafe in the Europa League on Thursday before taking on Parma in Serie A a week on Sunday, with all domestic games to be played without fans for the next month.

In an attempt to stop the spread of the virus, the Italian government announced on Wednesday that all sport will be played behind closed doors until April 3.