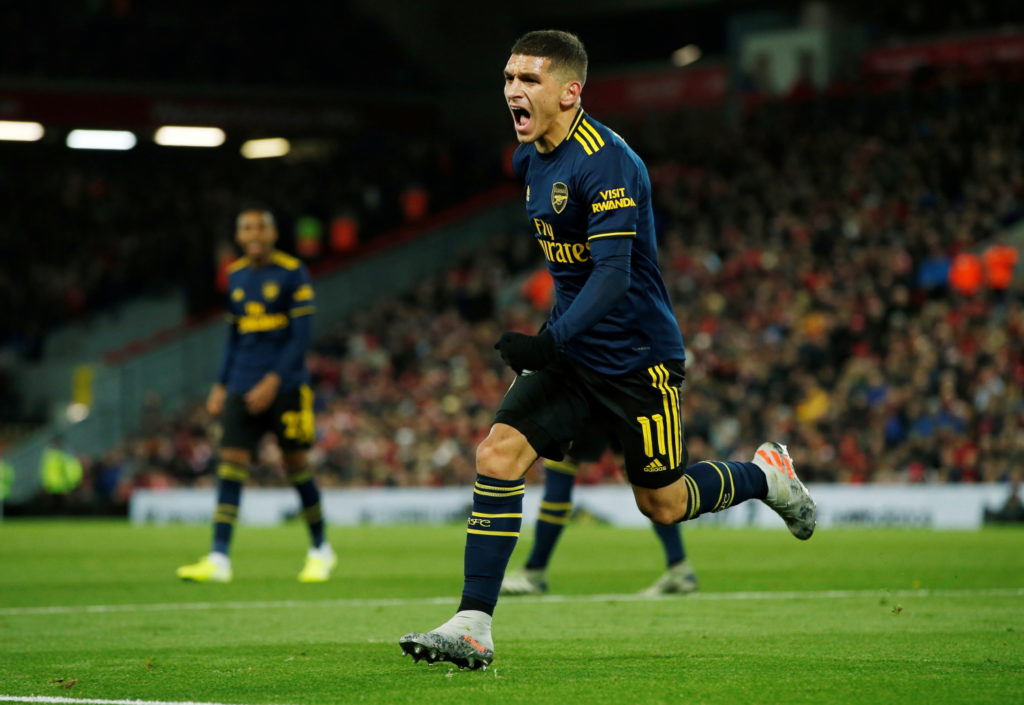 Arsenal will be without midfielder Lucas Torreira for Saturday’s clash with West Ham as Mikel Arteta’s side look to move towards the top four.

Champions League qualification is the number one priority despite setting up an FA Cup quarter-final clash with Sheffield United by beating Portsmouth on Monday.

That victory came at a cost as 24-year-old Uruguay international schemer Torreira fractured his ankle and is unlikely to be seen again this season.

Dani Ceballos should retain his midfield role alongside Granit Xhaka, with the duo establishing a good partnership in recent weeks.

Eddie Nketiah and Reiss Nelson both looked good in attack against Pompey and may well keep their places, while Kieran Tierney is back in full training but not yet match fit, with Bukayo Saka expected to start at left-back.

West Ham chief David Moyes has no new injuries to deal as Andriy Yarmolenko pushes for a return after a thigh injury.

Midfielder Tomas Soucek is unavailable due to a hip injury and Ryan Fredericks is sidelined following shoulder surgery.

Arteta has already spoken about the importance of this London derby in relation to a possible top-four finish and there is no question it is now or never for the north Londoners.

Sat in 10th spot in the standings, they have a number of in-form teams to pass in order to qualify for nest season’s elite club competition and it looks a tough ask, with a trip to the Etihad Stadium to face Manchester City next on the agenda.

Games with Wolves, Leicester City and Tottenham in April will decide their fate as will the form of striker Pierre-Emerick Aubameyang.

The Gabon hitman’s future has come under scrutiny in recent weeks although Arteta wants him to stay at the Emirates, with the African’s quest for the Golden Boot continuing when the Hammers come calling.