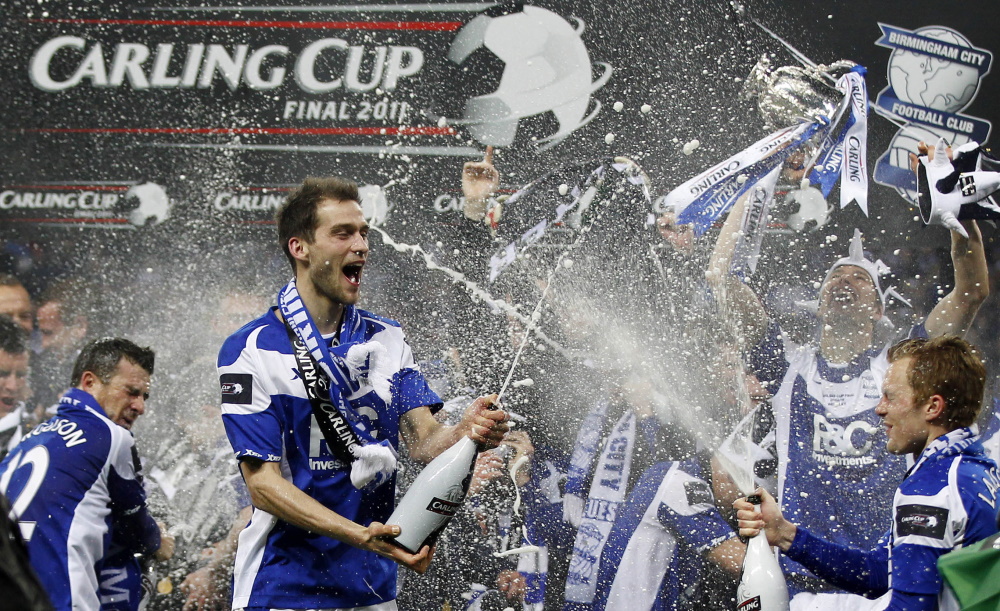 Aston Villa travel to Wembley this Sunday knowing it will take something special to overcome Manchester City in the EFL Cup final.

City demonstrated in last year’s FA Cup final just how ruthless they can be on the big occasion when annihilating Watford 6-0 and they have already given Villa six of the best this season in a Premier League encounter.

Fortunately for Dean Smith’s struggling side, the final of the EFL Cup has a history of the underdogs coming out on top so it might not be a massive flight of fancy to imagine the 19/1 on offer for a Villa to win paying out.

Here are three examples that should offer Villans fans a little hope as the midlands outfit seek to spring a surprise.

Villa don’t need to look far for a bit of inspiration when it comes to toppling a member of the Premier League’s elite with local rivals Birmingham having done just that in 2011.

Blues went into the game staring relegation in the face and they would eventually slip through the trap door come the end of the season, but they wouldn’t leave empty-handed as Alex McLeish got the better of Arsene Wenger.

Arsenal were looking to end their six-year trophy drought and arrived at the national stadium after comfortably beating Birmingham twice in their Premier League meetings.

However, Blues fans inside Wembley got a whiff of an upset when Nikola Zigic gave the outsiders a first half-lead, only for Robin van Persie to restore parity. With the final heading to extra-time, a monumental mix-up between Gunners goalkeeper Wojciech Szczesny and defender Laurent Koscielny presented Obafemi Martins with an 89th minute tap-in to seal League Cup glory.

Arsenal could fill all three spots on this list having also been the victims of an upset against Luton in 1988 and Swindon in 1969 at Wembley but we’ll look elsewhere for other final shocks.

Ron Atkinson was able to get one over his former employers when guiding Wednesday to an unlikely victory over United at Wembley.

The Red Devils were well on their way to dominating English football for the next 15 years with Sir Alex Ferguson at the helm, winning the FA Cup the season before.

United were expected to make light work of an Owls side who had been relegated to the Second Division the season before but Mancunian John Sheridan’s bullet strike from the edge of the box was enough to seal a first major trophy since 1935 for the Hillsborough outfit.

In the first League Cup final contested as a single match, the trophy having previously been in a two-legged affair, third division outfit Queens Park Rangers weren’t fancied by many to defeat holders and top-flight side West Brom.

Albion had made light work of their run to Wembley and it looked like it could be a long day for the R’s when Clive Clark gave the Baggies a seventh-minute lead.

Clark added a second in the 38th minute and, at half-time, West Brom were already planning their victory parade.

Cue the best EFL Cup final comeback ever as Roger Morgan, Rodney Marsh and Mark Lazarus all netted to hand the west London side the trophy, becoming the first team from the third tier of English football to collect a major honour.