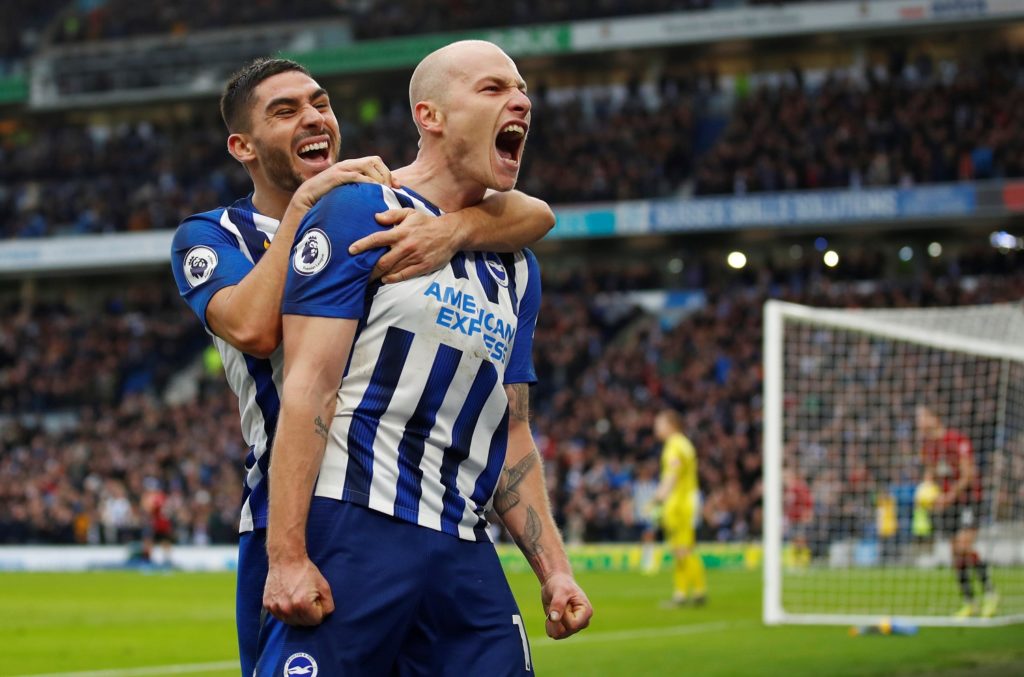 Brighton could welcome back Aaron Mooy when they host Aston Villa in the Premier League on Saturday.

The pair are both in need of the points, sitting 14th and 18th respectively, but of the two sides, it is the Seagulls who have some momentum.

Graham Potter’s side played well in last weekend’s 1-0 defeat at Everton but a lack of cutting edge in the final third cost them.

Australian international Mooy missed the match through a knee injury but is expected to return for this one and will undoubtedly add quality in attack.

Shane Duffy, Adam Webster and Alireza Jahanbakhsh and will hope to feature, while Glenn Murray and Solly March were both fit enough make the matchday 18 at Goodison Park and will hope to be involved.

Brighton have not beaten Villa in their last nine games and it was the hosts who won 2-1 when the pair met in October.

Mooy’s first-half sending off with his team 1-0 was the turning point in that fixture and the Villans will be looking to do the double at the Amex.

Matt Targett, who scored the winner in the autumn, and fellow defender Bjorn Engels are expected to be fit enough to feature but Jonathan Kodjia is unavailable amidst speculation regarding his future.

Goalkeeper Pepe Reina could make his first Premier League appearance since May 2013 following his loan move from AC Milan, while fellow loanee Danny Drinkwater will hope to keep his place after a tough debut in the 6-1 defeat to Manchester City.

That was the sixth defeat in eight matches for Dean Smith’s side but they did win their last away game, a 2-1 victory at Aston Villa on New Year’s Day.

Captain Jack Grealish netted at Turf Moor and is likely to need to continue a run of goals in his last three games against Brighton if his team are to get anything from Saturday’s match.